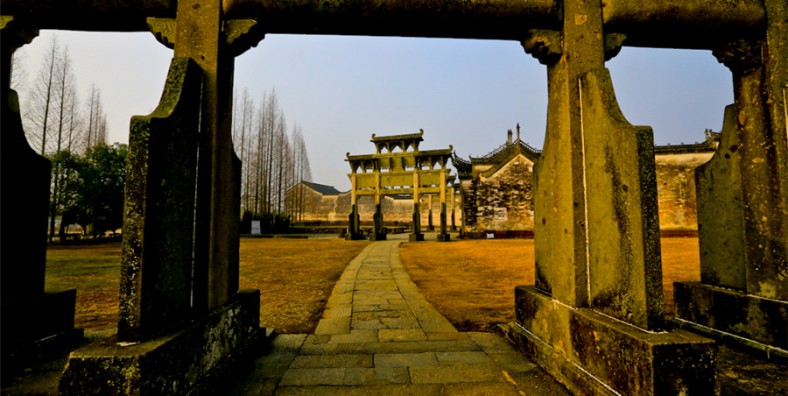 If you want to get rid of hustle of transportation and troublesome navigation, you can book a private tour package which covers visiting, dining and transfer from us. Our local tour guide and driver will escort you to Shexian Tangyue Memorial Arches with speed and convenience, and take care of all the details. You just need to focus on travel.

Behind each of them, there is a touching story. The most acknowledged stories are the ones of ‘Filial Piety Archway’ (Ci Xiao Li Pai Fang) and the ‘Chastity Archway’ (Jie Jin San Dong Pai Fang) in Tangyue Memorial Archway scenic area. The former was built in honor of Bao Sheyan and Bao Shousun (father and son). According to historical records, father and son were captured by a general, who wanted to execute one of them. Bao Shousun wanted to sacrifice his life to save his father, so he begged the general to behead him instead of his father. Whereas, the father was also a loving and caring father and wanted him to be executed rather than his son. Their action and love moved the general, who finally released them. Later, the court knew the fact and approved the construction in praise of their filial piety and self-sacrificial spirit.

The construction of ‘Jie Jin San Dong Archway’ was in praise of a stepmother who remained chaste while raising her stepchild after her husband died. According to historical record, a widow with the surname of Wu, who was the second wife of Bao Wen, lost her husband when she was 29. After her husband’s death, she remained chaste and treated her stepchild as her own son. Wu died 31 years later. Her action touched the local officials, who made up their minds to erect an archway to honor her in spite of the convention that erecting an archway for a step-wife was prohibited. This touching story has been passed down from one generation to another in Tangyue Village.