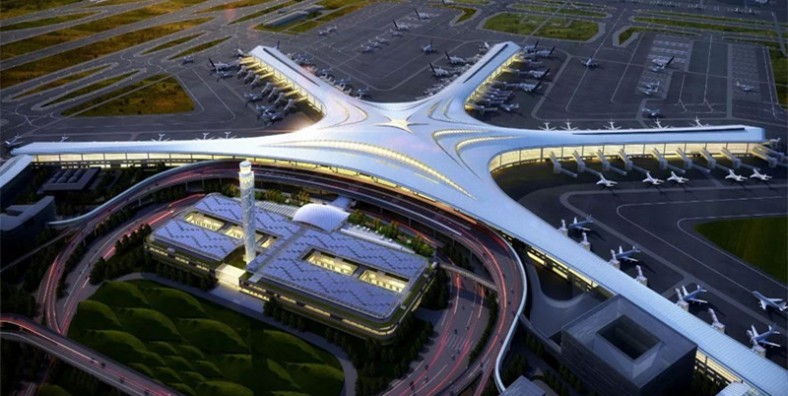 Qingdao Jiaodong International Airport is an airport being built to serve the city of Qingdao in Shandong Province, China. It received approval in December 2013, and will replace the existing Qingdao Liuting International Airport as the city’s main airport.[2] It will be located in Jiaodong, Jiaozhou, 39 kilometres (24 mi) from the center of Qingdao. Upon completion in 2019, it will be the largest airport in Shandong capable of handling 35 million passengers annually.