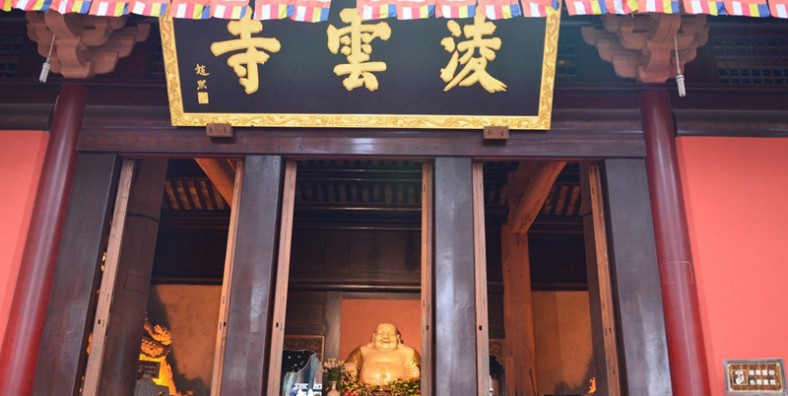 Why is Lingyun Temple So Special?

Sichuan Lingyun Temple, surrounded by nine mountains, than Leshan Buddha was built a hundred years earlier. After thousands of years of continuous repair and repair, save to the present appearance. Because there is a big Buddha in front of the temple, it is also called the Great Buddha Temple. Now yuling Yun Temple, although the face has not been as good as the initial phase, time and space is also different, but can feel the ancient people’s virtue of the place.

Where is Lingyun Temple?

How to Get Lingyun Temple?

If you want to get rid of hustle of transportation and troublesome navigation, you can book a private tour package which covers visiting, dining and transfer from us. Our local tour guide and driver will escort you to Oriental Lingyun Temple with speed and convenience, and take care of all the details. You just need to focus on travel.

Lingyun temple lies about 6 km from Leshan City, you can take bus No.3, 13, 18  from Leishan City to the temple.

Hall of the Great Hero

Lingyun Temple is a must-visit for spiritual travelers and first-time visitors to the Leshan Giant Buddha.

The best time to visit the temple and its surroundings is during spring or fall, when weather is mild and rainstorms are less frequent. Summer tends to be the wettest season in Leshan, while winter temperatures can get chilly. Avoid visiting on Chinese national holidays, when the temple is packed with Chinese tourists.

Day trips to the temple and Buddha statue typically last about eight hours.
Most tours include a Szechuan lunch at a local restaurant, as well as round-trip transportation from Chengdu hotels.