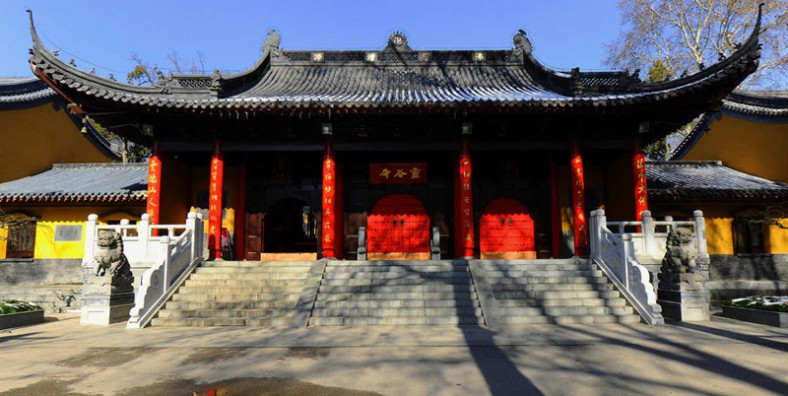 Sun Yat-sen (孙中山, 1866.11.12 ~ 1925.3.12) was a Chinese revolutionary, physician, first president and founding father of the Republic of China (ROC). He is considered to be the “Father of Modern China” (中华民国国父) and the “Forerunner of Democratic Revolution” in the People’s Republic of China. He played a crucial role in the overthrow of the Qing Dynasty (1644~1912) and over 2000 years’ Monarchy during the years leading up to the Xinhai Revolution (辛亥革命). Sun was appointed to serve as Provisional President of the Republic of China when it was founded in 1912 and he later con-founded Kuomingtang and served as its first leader. Actually, his political life was with constant struggle and frequent exile. He exiled to Japan, Europe, the United States and Canada, but he always supported the revolutionary party and uprising in China. Sun’s chief legacy resides in his developing of the political philosophy known as “Three Principles of the People” – Principles of Nationalism (民族), Principles of Democracy (民权) and Principles of People’s Livelihood (民生).

The majestic construction inside the Dr. Sun Yat-sen’s Mausoleum was started in 1926 and completed in 1929. The whole Mausoleum represents an alarm bell as seen from the air, symbolizing the noble spirit and heroic efforts of Dr. Sun Yat-sen’s devotion to the Chinese people, fight of oppression and wining the independence of the country. Facing south, the structures, along with the mountain ascends gradually along with the central axis line running from south to the north and is regarded as the most outstanding mausoleum in the country’s modern architectural history.  The whole building is built according to the mountain and gradually rises along the central axis from south to north. The main buildings are Boai Fang(博爱坊), Mausoleum Passage(墓道), Mausoleum gate(陵门), Stone Steps(石阶), Stele Pavilion(碑亭) and so on, which are arranged on a central axis, reflecting the style of traditional Chinese architecture.

Boai Fang is the entrance of the mausoleum.  The archway is 11 meters high and 17.3 meters wide. The archway is carved with lotus petals, clouds and ancient buildings. On the frieze of the middle gate of the memorial archway, there is a stone inscribed with the word “Bo Ai” written by Dr. Sun Yat-sen. Therefore, the archway is called “Bo Ai fang”.

Built in the middle of the central axis of the mausoleum, the gate is on a wide concrete platform that can accommodate more than 10,000 people. The platform is flanked by velvety lawns. On both sides of the mausoleum gate, there is a pair of white marble lions. The gate is 24 meters long, 8.8 meters deep and 16.5 meters high. The gate is inscribed with four Chinese characters written by Dr. Sun, “Tian Xia Wei Gong” (天下为公), which means “The world is for all “.

Behind the Mausoleum Gate is the Stele Pavilion. It’s 17 meters high and 12.2 meters wide. The stele is 9 meters high and weighs tens of tons. It is carved from a huge granite, artificially transported from Fujian. The inscription on the steal was 中国国民党葬总理孙先生于此，中华民国十八年六月一日, which means “Mr. Sun, Prime Minister of the KMT, was buried here on June 1, 18th, 1928.”

The Memorial Hall is the main architecture of Sun Yat Sen Mausoleum with a blend of Chinese and western styles. The Hall is 28 metres long, 22.5 metres wide and 26 metres high. The hall has three arch doors, on the door lintel carved “民族(Nationalism)”, “民权(Principles of Democracy)” and “民生(Principles of People’s Livelihood)”. Above the three arched doors, it is inscribed “Tian Di Zheng Qi” (天地正气) which means uprightness in heaven and earth.

How to Get to Dr. Sun Yat-sen Mausoleum

If you want to get rid of hustle of transportation and troublesome navigation, you can book a private tour package which covers visiting, dining and transfer from us. Our local tour guide and driver will escort you to Dr. Sun Yat-sen Mausoleum with speed and convenience, and take care of all the details. You just need to focus on travel.

Purple Mountain(紫金山) or Zijin Shan, is located on the eastern side of Nanjing in Jiangsu province. Covered by verdant trees, the main peak of Purple Mountain is 448.9 meters above sea level. Its peaks are often found enveloped in mysterious purple and golden clouds at dawn and dusk, hence its name. It is a national 5A tourist scenic spots in Jiangsu, as well as a world cultural heritage. Priple Mountain is not noly full of baeutiful natural scenery but also rich in cultural.

Mausoleum is free, but visitors need to use their passports to book the tickets in advance.

1. Coverage: Bo’ai Square and other core areas on the “Tianxia Weigong”(the world is for all) Tomb Gate (Tomb Gate, Tablet Pavilion, Sacrifice Hall, and Coffin Chamber).

3. Max. Number of Booking:18,000 people per day from Tuesday to Friday; 30,000 people per day for weekends and general holidays (New Year’s Day, Tomb-sweeping Day, May Day, Dragon Boat Festival and Mid-Autumn Festival); the max. number of booking for major holidays (National Day and Spring Festival) shall be subject to prior announcements of the Scenic Area.