Nagqu is a prefecture-level city located in the northern part of Tibet – between Tanggula Mountains and Nyenchen Tangula Mountains. It borders Xinjiang & Qinghai Province in the north and Chamdo Prefecture in the east, adjoin Lhasa, Nyingchi, Shigatse in the south and Ngari in the west. Covering an area of 450,543 square kilometers, Nagqu is the largest prefecture in Tibet.

How to Get to Nagqu

Nagqu Dagring Airport (Chinese: 那曲达仁机场) is a planned airport that will serve in Nagqu of Tibet. It is expected to cost 1.8 billion yuan (263 million US dollars) and cover an area of 233 to 266 hectares. If built, it will be the highest airport in the world at 4,436 m (14,554 ft), surpassing Daocheng Yading Airport as the highest. The airport is part of a Chinese government development scheme to build 97 airports across China by 2020. By then, the authorities intend that four-fifths of China’s population will be within a 90-minute drive of an airport.

Thanks to the construction of Qinghai-Tibet Railway, Lhasa can be reached by trains from gateway cities - Beijing, Xian, Shanghai, Guangzhou, Chengdu, Chongqing, etc. All trains connecting Lhasa and the above gateway cities will stop in Nagqu Railway Station, so you can easily get to Nagchu by train from Lhasa or these major cities from China. During the journey on the train, you will go some fabulous sightseeings, such as Qinghai Lake, the beautiful Qarhan Salt Lake, the spectacular Kunlun Mountains and Hohxil Nature Reserve. If you travel to Nagqu from Lhasa, it only takes about 3.5 hours.

After arriving at Lhasa by air or train, tourists should take long-distance bus in Lhasa East Bus Station to Nagqu, which is about 330 kilometers away from Lhasa.

Some tourists would like get to Lhasa by flight firstly and then transfer to Nagqu by driving. It is a long trip to drive to Nagqu from Lhasa, but you can stop for sightseeing or photography whenever you want. The road connects Nagqu and Lhasa is about 330km and it takes nearly 6~7 hours. Anyway, Taking a train from Lhasa to Nagqu is a better option.

How to Get Around Nagqu

The starting price of taxi in Nagqu is 10 yuan and there is always no meter. It's recommended to go walking because the downtown is not large. Pedicabs can be seen everywhere and the price is usually 3 yuan. 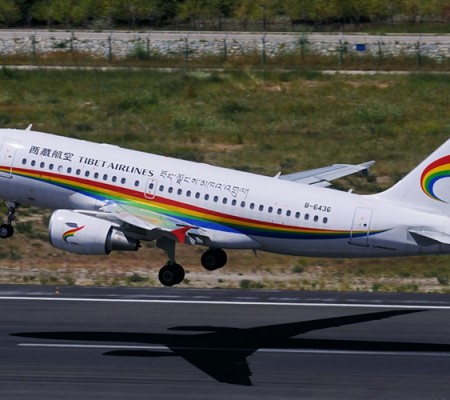 Nagqu Dagring Airport (Chinese: 那曲达仁机场; pinyin: Nǎqū Dárén Jīchǎng) is a planned airport that will serve Seni in the Nagqu of Tibet. If built it will be the highest airport in the world at 4,436 m (14,554 ft), surpassing Daocheng Yading Airport as...