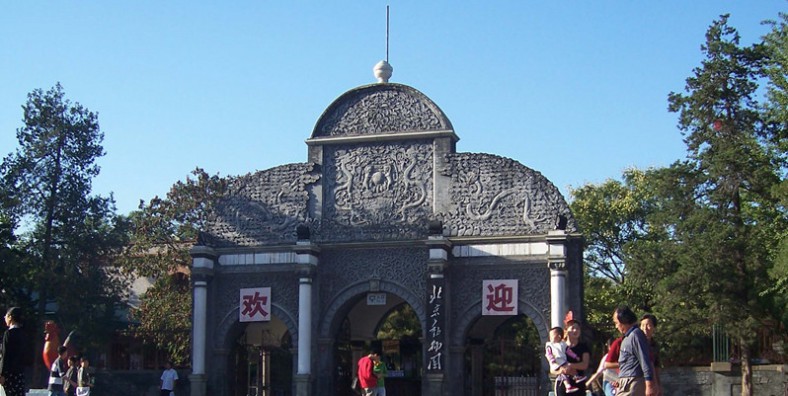 Beijing Zoo is now the biggest zoo in China with over 450 species of land animals and over 500 species of marine animals, about 14,500 animals in total. It features pandas, elephants, gorillas, and dolphins and sharks, all in a scenic Chinese garden setting.

Why is Beijing Zoo so Special?

Where is Beijing Zoo?

Beijing Zoo is located on Xizhimen Outer Street, Xicheng District, Beijing, and is adjacent to Beijing Exhibition Hall and Moscow Restaurant in the east. It covers an area of 86 hectares and has a water surface of 8.6 hectares.

Beijing Zoo consists of 16 different exhibition areas and exhibition halls. The most popular is the Panda House. Founded in 1989, it covers an area of 2.5 acres (10,000 square meters) and provides an impressive aesthetic landscape, taking into account the practical considerations of raising this large physical animal. The interior of the hall replicates the style of traditional Chinese gardens and takes the form of Artest’s pool diagram.

Another famous hall, the gorilla hall, was built two years ago in 1987. This building contains a series of artificial hillocks and wooden animal installations, which are set against the background of the attractive gorilla murals. Facilities for gorillas include a medical room, a mating room and an expert feeding room. The hall itself is decorated with a series of rockeries and pools.

All halls and exhibition areas are carefully constructed to ensure animals enjoy a comfortable and healthy living environment.

The Beijing Aquarium strongly recommends anyone who visits the Beijing Zoo. The aquarium opened in 1999 and is widely regarded by tourism agencies as one of the country’s top attractions. It is actually the largest inland aquarium in the world. Aquariums feature thousands of different aquatic species-piranhas, rare Chinese sturgeons, giant walruses and ferocious sharks are the highlights. Visitors can also enjoy dolphin, sea lion and whale performances in the aquarium’s hong kong ocean park.

Here, tourists also have the opportunity to taste some nearby historical relics: Lemarck Hall was built to commemorate the life of famous French natural historian Lemarcq (1744-1829) and was also used as a research base for Chinese plant science.

The Song Jiao Ren Memorial Tower is also on the website. Song (1882-1913) was one of the early leaders of the Kuomintang, but was assassinated shortly after he was elected Chinese premier in 1913.

With the support of the Chinese government, after 90 years of continuous development, Beijing Zoo has become one of the largest zoos in China. It provides tens of thousands of people with the opportunity to witness strange species and also lets tourists know more about the life of animals living with us.