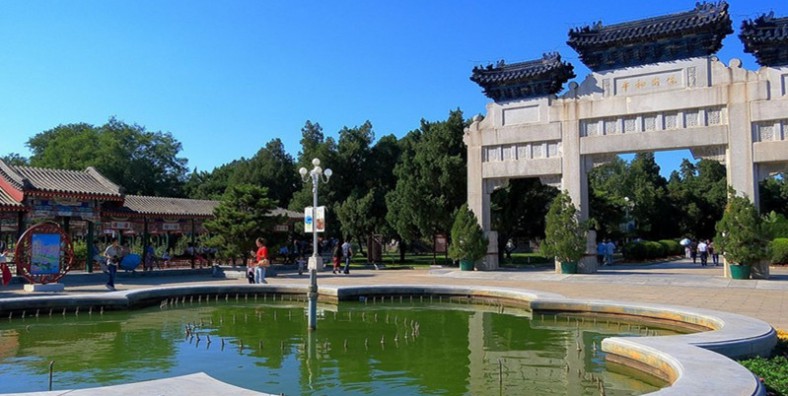 Zhongshan Park is a former imperial altar and now a public park. The Zhongshan Park includes various halls and pavilions built for the members of the imperial family, stone archways and a greenhouse that houses fresh flowers on display all year round.

Why is Zhongshan Park in Beijing so Special?

Zhongshan Park is a former imperial altar and now a public park. The Zhongshan Park includes various halls and pavilions built for the members of the imperial family, stone archways and a greenhouse that houses fresh flowers on display all year round.

Where is Zhongshan Park in Beijing?

The Zhongshan Park is located just at the southwest of the Forbidden City in the Imperial City, Beijing.

Altar of Land and Grain (Shejitan)

Walking forward to the center of Zhongshan Park, you can see the main buildings, the ancient land and food altar (Shejitan). Founded in the Tang Dynasty (618-907), Liao (907-1125) yuan (1271-1368) was rebuilt as Xingguo temple. In 1421, Zhu Di, the emperor of the Ming Dynasty, rebuilt it as a “grain altar”. This is a three-layer square terrace made of white marble. The upper platform of the altar is paved with five colored earth, so it is also called the five-colored Earth altar. It is a symbol of imperial power and harvest.
To the southwest of the altar are the Royal storehouse and the royal kitchen. The former is used to place objects related to sacrifice, such as shrines, statues, plaques, sacrificial utensils, etc. The latter is where food is prepared and kitchen utensils are stored. Not far from the Royal warehouses and kitchens, there are also slaughterhouses for sacrificial animals.

Tourists walk across the land and grain altar, heading north, to Zhongshan Hall, formerly known as the imperial chapel. Dr. Sun Yat-sen’s coffin was once there, so it is now called Zhongshan Hall. It is regarded as the most complete building in the Ming Dynasty.

To the southeast of Zhongshan Hall lies the Forbidden City Concert Hall. It was built in 1942 and now covers an area of more than 4,000 square meters (4,783 square yards). It is a modern multi-functional and international level theater with both Chinese and Western characteristics. It is also an ideal place to appreciate classical music.

CNY 3;
Free for children who are under 1.2 meters (3.9 feet);
A combined ticket for Tanghua Greenhouse and Huifang Garden: CNY 5;
During the Tulip Fair ( late March to mid-May) CNY 10.