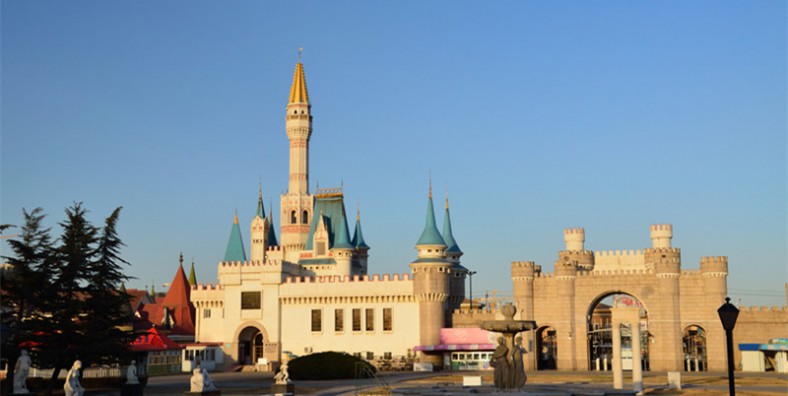 Beijing World Park is a theme park that attempts to give visitors the chance to see the world without having to leave Beijing. It has about 100 natural and cultural attractions from about 50 countries.

Why is the World Park in Beijing so Special?

Beijing World Park is a theme park that attempts to give visitors the chance to see the world without having to leave Beijing. It has about 100 natural and cultural attractions from about 50 countries. The attractions are full size or small scale copies of the original. During the 2008 Summer Olympics, it was selected as one of the three protest zones.

Where is the World Park in Beijing?

Beijing World Park covers 46.7 hectares and is located in the southwestern Fengtai District of Beijing. It is about 17 km from Tiananmen, the City center, and 40 km from the Capital International Airport.

The overall layout of Beijing World Park is divided into scenic spots according to the territory of five continents, with 109 famous historic sites in 40 countries as the main body. Beijing World Park also can be divided into seventeen sections focusing on different themes, such as Eastern Europe, Western Europe, Northern Europe, North America, South America, Africa, Oceania, Western Asia, Eastern Asia and Southern Asia. They are connected by water made in the shape of the four oceans.

Stepping into the gate of the World Park, the first scenic spot you can see is the Italian terrace garden. Walking clockwise, you will see Asian scenery, including Kasua Royal Villa in Japan, Qingyinjing (traditional Chinese garden) in China, the Great Wall, Mogao Grottoes, Yingxian Wooden Pagoda, the ruins of Persepolis palace in Iran, Borobudur in Indonesia, Babylon gate in Iraq, Taj Mahal in India, Shwedagon Pagoda in Myanmar, Angkor Wat in Cambodia and The Grand Palace in Bangkok. Across the Sydney Harbour Bridge, you will see the famous Sydney Opera House and the Maori cottage in New Zealand. Next up is Africa, where you can enjoy the Great Sphinx, the pyramids of Giza, the temple of Abu Simbel, the temple of Karnak and the Lighthouse of Alexandria. You can reach Europe by crossing the Bosporus bridge. Here you can enjoy a replica of the Trojan horse in Turkey, the Cathedral of Santa Sofia in Ukraine, the Acropolis in Greece, the gymnasium in Rome, the Leaning Tower of Pisa, the Cathedral of St. Peter in Russia, and the triumphal arch in the center of the park. Go ahead and you will pass a German castle, Eiffel Tower, Notre Dame and Big Ben. Walk along the tower bridge in London, then enter the United States: you will see the American space center, Lincoln Memorial, Washington Monument, the White House, the U.S. Capitol, Manhattan, New York and the statue of liberty. Through the Grand Canyon and the Golden Gate Bridge, you can see the statues of twelve Chinese constellation animals, the Dutch windmill and the Warsaw Mermaid. The last stop is the Red Square in Moscow.