Tianya and Haijiao in Sanya 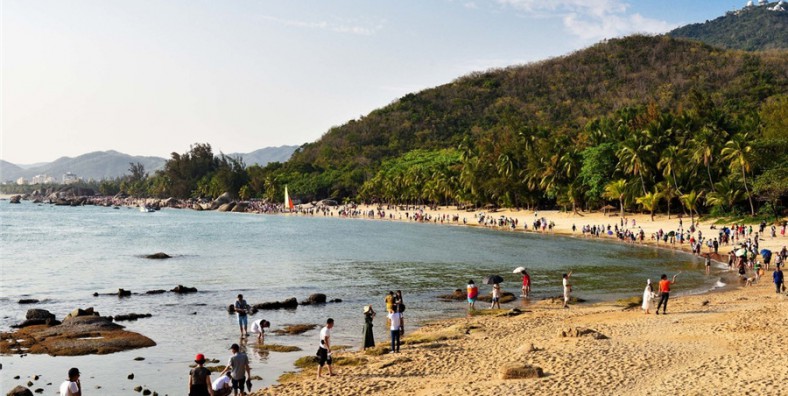 Why is Tianya and Haijiao in Sanya So Special?

Tianya Haijiao, a romantic and beautiful scenic spot, lies to the west of Sanya City, Hainan Province. It receives many visitors from home and abroad every year since its open in 1988. It also attracts thousands of young lovers from every corner of the world to hold their wedding ceremonies here.

Meaning of Tianya and Haijiao

Where is Tianya and Haijiao in Sanya

Located in Tianya District, Sanya City, Hainan Province, about 23 kilometers southwest of the main urban area, facing the vast sea with its back to Maling Mountain.

The Story About Tianya and Haijiao in Sanya

Tianya Haijiao Scenic Spot is located in Maling Mountain, facing the sea. Walking along the sea, you will see a stone engraved with four characters-Nantian Yizhu, which in Chinese means “a pillar standing in the south of the sky”. The story goes like this: when the local fishermen’s daily life was affected by the terrible storm and they could hardly catch the fish, the two kind fairies turned themselves into two big stones and stood on the beach to provide shelter for the fishermen. Since then, fishermen will not be attacked by storms whenever they go to sea. But the girl’s master, the mother of heaven, was very angry and she sent thor to drag them back to heaven. The two girls refused, so Thor split them in two. One was thrown into the sea and the other stayed here. Next to the remaining stone is a stone engraved with the Chinese character “Pan Hainan Tian”, which means “the sea and the sky are connected”. This is the oldest inscription found here.

Go further 500 meters (1600 feet) and you will see a stone with the inscription Tianya and another stone with the inscription Hai Jiao. There is a romantic story of Romeo and Juliet about these two stones. In ancient times, when their parents disagreed with their marriage, two young lovers eloped. Unfortunately, when they arrived in Hainan, the agents sent by their parents were also there. Facing the sea, they had no way to escape. They were so sad that they hugged each other tightly when they jumped into the sea. Suddenly, there was a thunderstorm. They were hit by lightning and turned into two stones. The agents around them turned into many small stones. Now people regard these two stones as symbols of eternal and loyal love. Because of this beautiful and romantic story, many young couples choose this place for their wedding.

Things to be Done at Tianya and Haijiao in Sanya

In addition to these three stones, modern facilities include shopping centers, Li village and celebrity sculptures. The ends of the earth celebrate an international wedding every year. Around Mid-Autumn Festival, there is Lantern Festival, which adds a special atmosphere.

This area is a paradise for people who are crazy about love and an ideal place for people who deeply love the sea. After visiting this scenic spot, you will certainly have good memories.

September to April next year