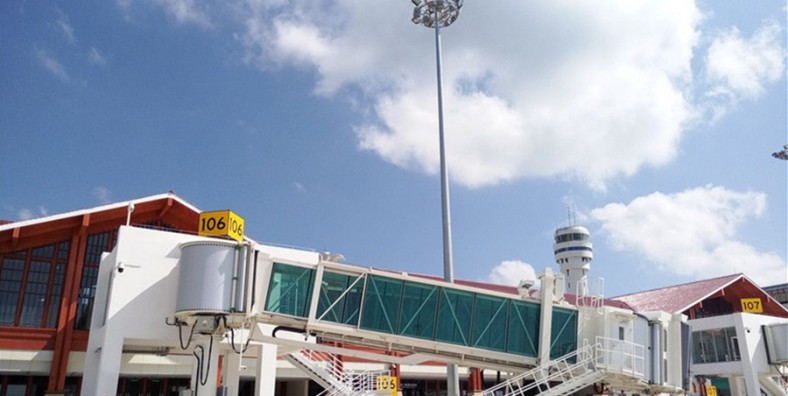 Sanya Phoenix International Airport (IATA: SYX, ICAO: ZJSY) is an airport serving the city of Sanya in Hainan, the southernmost province of China. It is located about 15 km (9 mi) northwest of the city center.

Sanya Phoenix International Airport is a main airport hub and comprises close to ten thousand acres. The runway is about 3,400 metres (11,200 feet) long and 60 metres (200 feet) wide, which satisfies the take off and landing requirements of a fully weighted Boeing 747, Airbus A340 or other large aircraft.[1]

It is the second busiest airport in Hainan, the busiest being Haikou Meilan International Airport. However, it was the first airport in Hainan to launch transcontinental air service, when Transaero Airlines started operating non-stop to Sanya from Moscow as early as 2007.[2] The service was discontinued after Transaero ceased operations in 2015. Since 2017, several Russian airlines including IrAero,[3] Alrosa[4] and Azur Air have begun operating from various Russian cities, fueling the growth of tourism from Russia in Hainan.