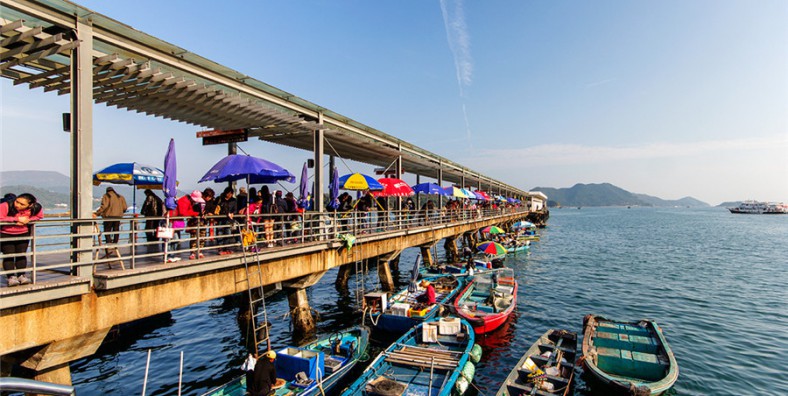 The second-largest area in Hong Kong in terms of landmass, Sai Kung is dubbed the “back garden of Hong Kong”, known for its fishing villages, beautiful scenery, hiking trails, beaches and islands.

Why is Sai Kung so Special?

Because most of the Sai Kung Peninsula is undeveloped, it is a “rear garden” of Hong Kong. While the Sai Kung is located between the urban area and the peninsula, the traffic is convenient. Therefore, it becomes an important place for tourists to go to the rural areas.

Where is Sai Kung?

It is a small town located in the eastern part of the New Territories, near the Sai Kung Peninsula and facing the sea. The Sai Kung is located in the center of the villages in the neighbouring areas, so the nearby area is also called “Sai Kung”.

How to Get there?

The name of Sai Kung appeared in the early Ming Dynasty. The Ming Dynasty sent Zheng He to the West seven times. After the seven “voyages to the Western Ocean”, many countries in East and West Asia, the coastal areas of the Middle East and East Africa also paid tribute and traded with the Ming Dynasty. At that time, it was a port for tributary ships to berth in the West. Over time, this is called “Sai Kung”, which means “the West comes to tribute”.

As early as fourteenth Century, fishermen lived in the Sai Kung. Originally, it was a silent fishing village. In 1920s, the Sai Kung became the place where the villagers came to buy and sell. Because Sai Kung is a fishing village, fishermen often gather here, thus gradually developing into a seafood resort. Today, the public pier is lined with seafood stalls along the street, and there are some seafood restaurants.

There are small boats and wharfs on the sea in Sai Kung, which are protected by typhoon shelters, and there are quite a few Chinese sailing ships in Hong Kong. Because of the decline of  Sai Kung’s fishing industry along with economic development, many fishermen have settled ashore and no longer use sailing boats as their homes.

In the northeast coast of Inland Sea of Port Shelter lies Tin Hau Temple. Although small, it is the oldest temple amongst the Tin Hau Temples in Hong Kong. Here, it is local custom to burn incense to pray. You may wish to worship inside the temple.

Tourists who like to climb mountains can go hiking to Sai Kung Country Park and enjoy the beautiful scenery of High Island Reservoir and the mountains and seas. But the whole climb is about 16 kilometers, which takes 4-6 hours.

The High Island Reservoir, Sai Kung, was opened in 1978 to help alleviate water shortage problems in Hong Kong. The reservoir was created by constructing two main dams. Two roads have been built above the dam to allow visitors to enter a very remote and unspoiled area. Driving along the dam on the highway, you can have a good understanding of the size and scale of the High Island Reservoir.

Sharp Peak is 468 meters above sea level. Although it is not among the top ten peaks in Hong Kong, it is definitely one of the most popular hiking routes for experienced hikers. Owing to the steep rubble of the Serpentine Mountain, it has been called “the top three tips in Hong Kong” and “the first dangerous peak in Hong Kong” by hikers.

1. The seafood in Sai Kung of Hong Kong is very famous. There are a lot of big seafood stalls. The seafood pool is like an aquarium.