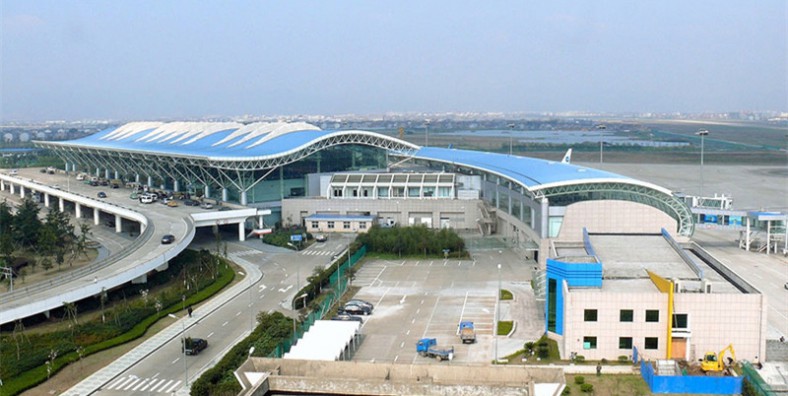 Ningbo’s first airport was opened for civil service on 16 November 1984 when a CAAC Antonov AN-24 aircraft landed at the military Ningbo Zhuangqiao Airport (宁波庄桥机场).

In 1985, the Central Government of China approved the construction of Ningbo Lishe Airport. On 30 June 1990, it opened for service and became the first civil-only airport in Zhejiang. The construction cost was RMB 126 million.

In March 1997, Great Wall Airlines established a hub at the facility. The airport has services to 38 domestic destinations in China and international services to Hong Kong, Seoul, and Macau. It is served by 16 airlines.

Its operator signed a strategic partnership agreement on 10 June 2005 with Fraport, the operator of Frankfurt Airport under which it will sell a 25% stake to the German airport operator.

A new passenger terminal was opened on 8 October 2002 at a construction cost of RMB 770 million with an annual capacity of 3.8 million passengers. It can handle 1,700 passengers at maximum per hour. The departure lounge occupies 43,500 m². The new apron occupies an area of 87,000 m². The new terminal has 16 departure gates and 7 jetways. The new parking facility associated has 360 parking spaces.