Museum of Natural History in Beijing 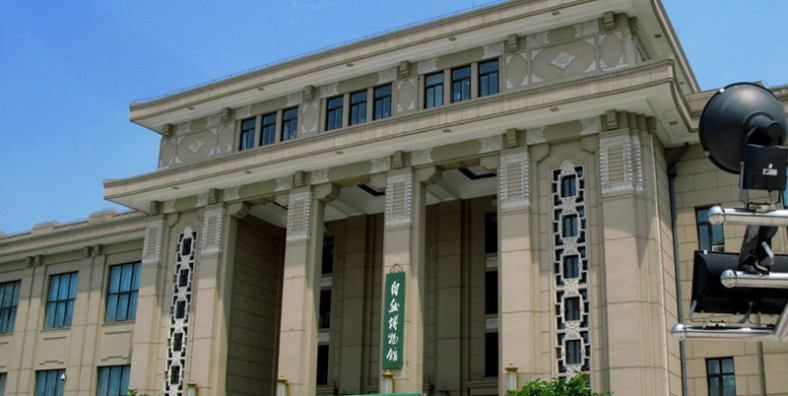 Why is the Beijing Museum of Natural History so Special?

Where is the Beijing Museum of Natural History?

Animal – the Friends of Human Being

The Friend of Human Being is the basic exhibition on zoology. In the way of the subject unit and following the evolutionary line from primitive to advanced, the exhibition systematically introduces every group of living animals and their representatives, as well as their main characteristics, living habits and distribution. The abundant illustration and introduction, exquisite stuffed specimens and wildlife diorama can be seen in the gallery. In addition, many hands-on exhibits make tourists join in, learning and appreciating the marvelous animal world by themselves.

The Mystery of Animals

The Mystery of Animals is a new expo. The knowledge of zoology integrated in the exhibition is quite comprehensive. It not only describes the adaptation of animals in various typical habitats to the surrounding environment and their active adaptation behaviors such as dormancy and migration, but also describes the daily activities of animals, the relationship between animals, as well as the movement, feeling, foraging, defense and reproduction of animals. The animal specimens in the Mystery of Animals are carefully selected in the museum collection, some of which have only recently been produced by biological plasticizing technique. One of the most prominent features of this exhibition is to vividly reproduce the animal habitat with lifelike polar, desert and other simulation facilities, involving a variety of animal ecological landscapes.

In July 2007, the Beijing Museum of Natural History opened the Plant Kingdom, a large-scale theme exhibition, to the public. Covering an area of more than 800 square meters, the exhibition is composed of three themes of terrestrial plant evolution, plant function and modern plant landscape. It shows the colorful charm of plants from the prehistoric extinct flora to today, from the microstructure of plants to the macro plant community and biological system.

In the exhibition hall, the audience can see the reconstruction map, teeth and bone fossils of bemalambda, the largest mammal on the earth in the same period of dinosaur extinction, as well as a large elephant family, including the famous 4-meter-high 8-meter-long Yellow River sword dragon and orange stem. In addition, the audience can also find a very eye-catching specimen, such as the Archaefructus liaoningensis Sun et al which is the first flower in the world.

The Dinosaur Park reproduces the dinosaur era following a temporal sequence from the Triassic period to the Jurassic period to the Cretaceous period, including the vivid Shunosaurus community, the bloody jungle scenes of the dinosaur world, the mysterious JurassicGreatCanyon, the booming ocean in the dinosaur era, and the Jehol fauna of 126 million years ago. And the viewers can ascend a height to overlook the Dinosaur World, walk through the canyon to have a look at the waterfall scenery, or watch an exciting science film on dinosaurs in a small auditorium.

The Beauty of Animals

The Beauty of Animals, based upon the rare animal specimens from around the world donated by Kenneth E. Behring, reproduces the wildlife habitats and, with the help of Chinese and English drawing boards and various novel modern display techniques, presents the life-like typical wildlife species in African, North America, and Eurasia, and gives a comprehensive display of the beauty of animals.

Discovery World, an entirely new discovery tour, is an interactive park different from traditional exhibitions. Here, we have new subjects to explore every week; every subject will bring us to the amazing natural world. From the fossils of millions of years old to the fruit that can generate electricity, from the dinosaurs of the ancient world to the insects of the micro world, we may enjoy the merriment, acquaint nature and learn knowledge through our own hands.

The Gallery of Ancient Reptiles presents the landscape of more than 200 million years ago to the audience and demonstrates the complicated process in which the vertebrates moved from the oceans to the lands, the representative animals being the crossopterygii, the ichthyostega, the caecilian, and the Dimetrodon. At the center of the exhibition hall are the life-like dinosaur skeleton groups, such as the first dinosaur found in China- Lufengosaurus huenei, the 26-meter-long Mamenchisaurus Jingyanebsis, the dominant Tyrannosaurus rex, small and slim Deinonychus, the Tuojiangosaurus which had lancet plates cover its back, the commanding Yangchuanosaurus, the pterosaurs which have long wings, and the ichthyosaurs which dominated the oceans. The multimedia equipment allows viewers to look at the original burial status of the dinosaurs and, through the fossil search engines, to feel the fun and hardships in excavating dinosaur fossils like the paleontologists, and to understand the geological transformations the Earth has undergone from oceans to lands.

In the 4D cinema, visitors can enjoy six scientific and educational films favored by many kids and their parents. The schedules are as follows: