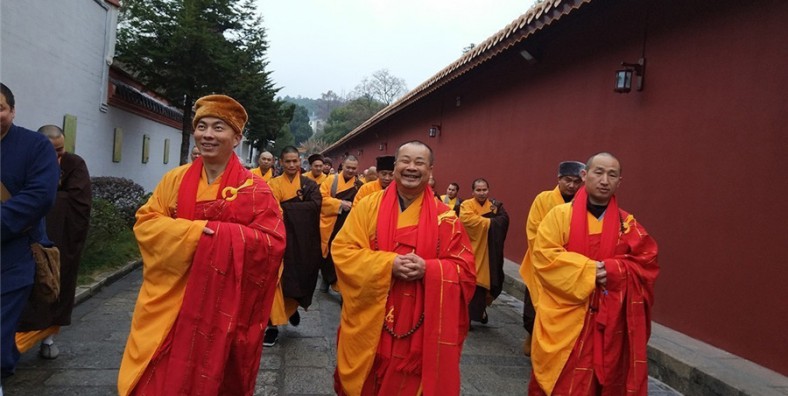 Mt. Hengshan, also know as Southern Mountain of the five sacred mountains in China. Because of the ideal climate conditions, Mt. Hengshan keeps green all year around. And the natural scenery in this scenic area makes it reputed as a "solitary beautiful mountain in southern China".

Hengshan is a mountain in southcentral China’s Hunan Province known as the southern mountain of the Five Great Mountains of China. Heng Shan is a mountain range 150 kilometres long with 72 peaks. The Huiyan Peak is the south end of the peaks, Yuelu Mountain in Changsha City is the north end, and the Zhurong Peak is the highest at 1,300 metres above sea level.

Why is Mount Hengshan So Special?

Mt. Hengshan, also know as Southern Mountain of the five sacred mountains in China, is located in the Hengyang city in Hunan Province. And in foreign tourists’ eyes, it is one of the most popular destinations in China. Because of the ideal climate conditions, Mt. Hengshan keeps green all year around. And the natural scenery in this scenic area makes it reputed as a “solitary beautiful mountain in southern China”.

As early as in the late East Han Dynasty, Taoists had started their practice in the blessing spots in Mount Hengshan. The Tang Dynasty witnessed the prosperities of ten large Taoist temples and eight hundred bamboo houses. Many Taoists at that time were those with high culture cultivation and profound metaphysics. They wrote books and developed theories of their own. Buddhism was introduced to Mount Hengshan about 200 years later. From 421AD, the second year after the establishment of the South Dynasty, large groups of famous monks appeared in Mount Hengshan.

How to Get to Mount Hengshan?

If you want to get rid of hustle of transportation and troublesome navigation, you can book a private tour package which covers visiting, dining and transfer from us. Our local tour guide and driver will escort you to Mount Hengshan with speed and convenience, and take care of all the details. You just need to focus on travel.

Take a train to Hengshan, Hengshan West, or Hengyang Railway Station. From Hengshan or Hengshan West, there are direct buses to Nanyue. The bus operates from 07:30 to 17:30 and the fare is CNY 5.

Late summer and early autumn may be the best time to visit Mount Heng. During this period, the cool weather and the green forest ensure tourists can visit it in a joyful mood. And from Decembers to February in the next year, visitors can see the snow scenes which can not be seen frequently in southern China.