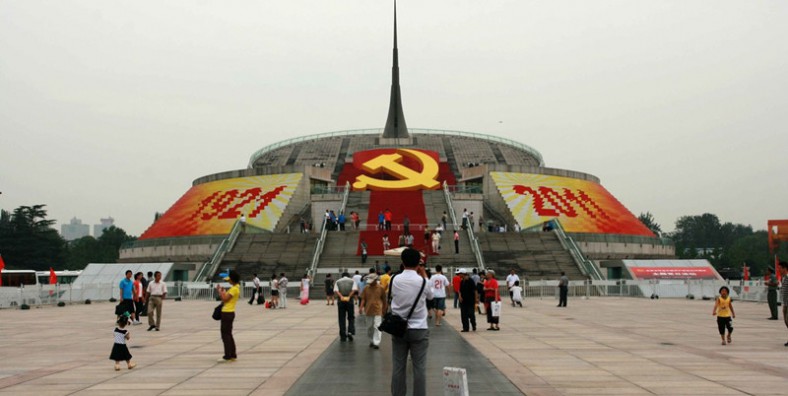 The China Millennium Monument consists of the main sundial structure, the Bronze Corridor, the Flame Square, the Centennial Hall, the Art Pavilion, etc. It was constructed to welcome the new millennium--the 21st century.

Why is the Millennium Monument in Beijing so Special?

The China Millennium Monument consists of the main sundial structure, the Bronze Corridor, the Flame Square, the Centennial Hall, the Art Pavilion, etc. It was constructed to welcome the new millennium–the 21st century.

The China Millennium Monument depicts the uniquely Chinese world outlook and aesthetic spirit with poetic language giving prominence to “water” and “stone” in its overall artistic design. The main structure is composed of the static corridor and rotating facades, and on the exterior wall of the architecture with a whirling track design are engraved symbolic patterns of the 56 nationalities of China. A level and round stage with a diameter of 14 meters at the center of the rotating structure serves as the central arena for art performances, singing and dancing, and symphonies as well as other large open-air events.

Where is the Millennium Monument in Beijing?

The China Millennium Monument sits on the extension line of Beijing West Chang’an Avenue, and is located at No. 9 Fuxing Road, Haidian District, Beijing.

On the north side of the monument is a sunken circular square with a radius of 17.5 meters and a height of 1 meter below the ground. The square is paved with 960 pieces of granite, symbolizing the vast land of 9.6 million square kilometers of China. The square rises slightly from the surrounding to the center. In the center of the square is a square flame platform, a cluster of eternal Chinese flame. The kindling is from the Zhoukoudian ape-man site. It implies that civilization’s creation of the Chinese nation will never stop. On the East and west sides of the square, there are two flowing water, which symbolizes the mother river of the Chinese nation, the Yangtze River and the Yellow River.

On the north side of the Holy Fire Square is a map of the whole territory of the people’s Republic of China (including the South China Sea) inlaid with the Panlong cloud sea.

It is a 270 meters long and 15-meter wide corridor from the Holy Fire Square to the Millennium Monument. In the middle of the corridor is a 262m long and 3M wide tin bronze corridor made of special alloy. From the south to the north, it is engraved with a chronology of the time from 3 million years ago when human beings appeared to the year 2000 A.D., which records more than 7000 major historical events in the fields of science and technology, culture, education, etc., supplemented by Zodiac patterns such as heavenly stems and Earthly Branches, symbolizing the long history of the Chinese nation. There is a thin layer of flowing water on the bronze corridor, which means that the history of the Chinese nation is continuous and always new.