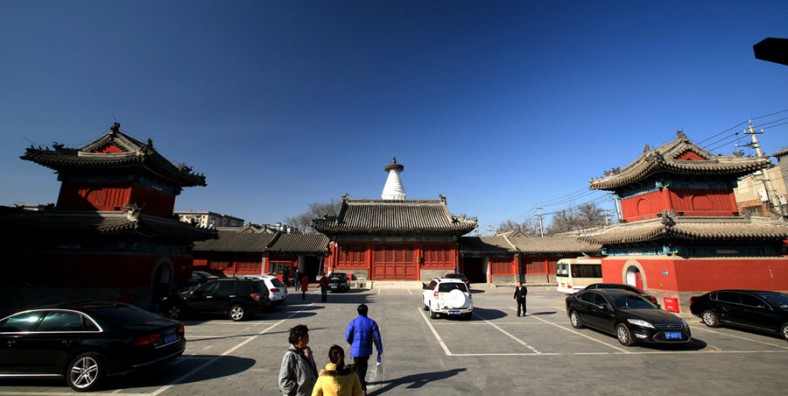 Why is Miaoying Temple so special?

After the cultural revolution began in 1966, lamas in the temple were dismissed and the gate and bell and drum towers were demolished and converted into shopping malls. it was not until 1997 that the Beijing municipal government demolished the shopping malls and rebuilt the mountain gate and the temple buildings. In 1998, Miaoying Temple finally reopened.

The White Pagoda of Miaoying Temple is 51 meters high and has a white body. The tower foundation is a T-shaped tower built of big city bricks. It is 2 meters above the ground and covers an area of 1422 square meters.
The shape of the White Pagoda originated from ancient India and was later introduced into the Yuan Dynasty. This tower not only has rich Buddhist meaning, can adapt to the requirements of various activities, and adds luster and momentum to the architecture of the Yuan Dynasty.

In 1961, the White Pagoda of Miaoying Temple was announced as the first batch of national key cultural relics protection units.

The White Pagoda was repaired and strengthened in 1978. In the process of construction, tripitaka, the woodcarving Guanyin image,  and so on, which were left on the top of the tower in 1753, were discovered.