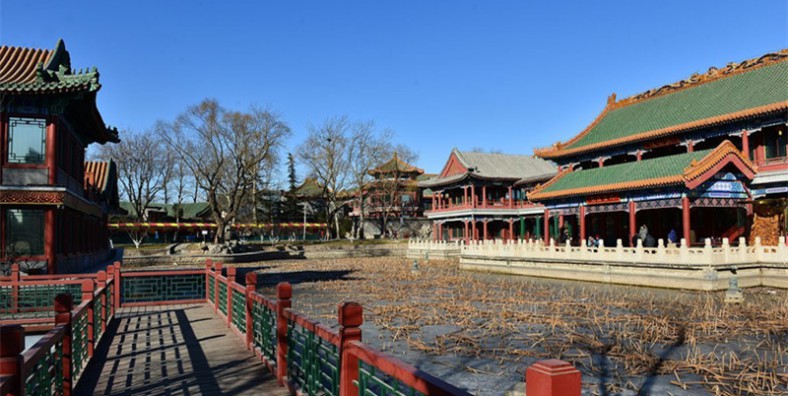 The Longtan Park is also known as 'Pool of the Dragon' and is a recreational urban park located in Dongcheng District (formerly in Chongwen District) of Beijing, just east of the Temple of Heaven.

Why is the Longtan Park in Beijing so Special?

The Longtan Park is also known as ‘Pool of the Dragon’ and is a recreational urban park located in Dongcheng District (formerly in Chongwen District) of Beijing, just east of the Temple of Heaven. It is one of the largest modern parks inside the 2nd Ring Road of Beijing. There is also a large outdoor bird market in the park. Located at the center of the park is a large lake called which features many moon bridges, rock gardens, dragon boats, tea houses and restaurants.

Where is the Longtan Park in Beijing?

Longtan Lake Park is located in Zuo’an Gate, Chongwen District. Its south and east are moats.

The major landscape in this park is the Longtan Lake, which translates as Dragon Pool. The lake used to be a huge man-made cave on the ground. The cave was created during the Jiajing Emperor’s reign of the Ming Dynasty, when people in Beijing dug earth and mud there to make bricks for the city wall of Beijing Outer City. After that, the cave became the drainage area of the old Beijing, and became a lake of wastewater. In 1952, the Beijing government decided to solve the environmental problem caused by the lake of waste water. They drew away wastewater from the lake, and invited Liang Sicheng, a famous architect and landscape designer, to re-design this area to be a public park. The wastewater was removed and replaced with fresh water to create a new, scenic lake. The great waterfall pours down from the main peak, which looks like a huge bonsai. You can take a boat to view the beautiful natural scenery; it takes about CNY40-80/hour based on the boat size.

The Lotus Pond and Islets are located in the southeast of the park. It is a unique architectural style building in southern China. A 40 meters long bridge connects the two islands. There is also a pool full of fragrant lotus and swaying reed. Some strange stones were scattered by the pond.

To the northwest of the park is the temple of a national hero in the Ming Dynasty  (1368-1644). In order to defend his country, he launched many wars against the enemy. The temple was built in memory of his great contribution to the country.

The first Longtan Spring Festival fair was held in 1984 and has become a large-scale traditional cultural event during the Spring Festival in Beijing. During the exhibition, there are flower exhibitions, singing and dancing performance, folk art and acrobatic performance, as well as park activities, exhibitions, winter games, garden art and exhibition of China’s intangible cultural heritage. During this period, the park is decorated with lanterns, Chinese knots and traditional couplets. You can also taste many delicious snacks and enjoy the festival and happy atmosphere at the temple fair. The fair is held on the 1st day to the 5th day of the first lunar month.