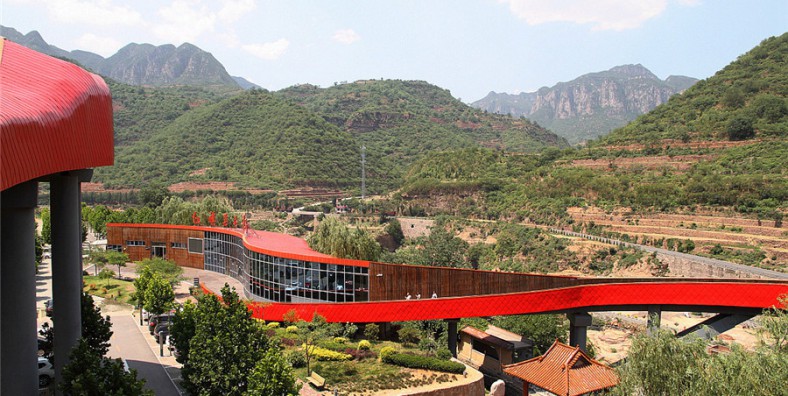 The Red Flag Canal was considered to be a great achievement of the Chinese workers in the 1960s and was the subject of several movies. The Red Flag Canal was featured in propaganda both internal and external to China, as an exemplar of what workers could achieve and local mass initiative.

Where is Red Flag Canal?

The Red Flag Canal is an irrigation canal located 80 km northwest of Anyang in the northern extremity of Henan, China.

Why is Red Flag Canal So Special?

The Red Flag Canal was considered to be a great achievement of the Chinese workers in the 1960s and was the subject of several movies. The Red Flag Canal was featured in propaganda both internal and external to China, as an exemplar of what workers could achieve and local mass initiative.

The Red Flag Canal was initiated during the Great Leap Forward and was built in the 1960s and the main channel was completed in 1965. It was dug entirely by hand labour. The canal begins close to the border of Henan and Shanxi. It diverts water from the Zhang River. The Zhang River flows from Shanxi and becomes the border between Hebei and Henan near to Handan. The dam is located near the corner of the three provinces. The main canal is 71 kilometers long. Including the distribution branches, the irrigation system is claimed to have a total length of 1,500 km.

There are a number of tourist attractions along its path,including the Red Flag Canal Museum, Luosi Deep Pool, Youth Cave, Buyun Bridge, etc.

The Red Flag Canal Museum was built in the late 1960’s. The different sections of the museum tell the story of the canal’s construction in a personal way by using the real stories of workers that exemplified the spirit of these times. Some cultural relics related to the building of Red Flag Canal are displayed in the museum, including 210 precious historic photos.

The valley scenery is one of the most attractive things about Red Flag Canal. The Luosi Deep Pool is located at another spot near the canal where a semi-circular waterfall has formed a deep pool at its bottom.The river falls from the cliff over 100 meters to a deep pool.

Carved out of a cliff in the mountainside, Youth Cave sums up the essence of this grand water engineering project. It is 616 meters long, 5 meters high, and 6.2 meters wide, the longest tunnel of the entire canal. The cave is actually a tunnel through which the canal’s water continues to flow subterraneously after disappearing from view. It was created through the manual labor of 300 young people that were specifically assigned to this task during the canal’s construction phase.

How to Get to Red Flag Canal?

If you want to get rid of hustle of transportation and troublesome navigation, you can book a private tour package which covers visiting, dining and transfer from us. Our local tour guide and driver will escort you to Red Flag Canal speed and convenience, and take care of all the details. You just need to focus on travel.

Hiking, trekking, and photography are the most popular activities along this scenic spot.