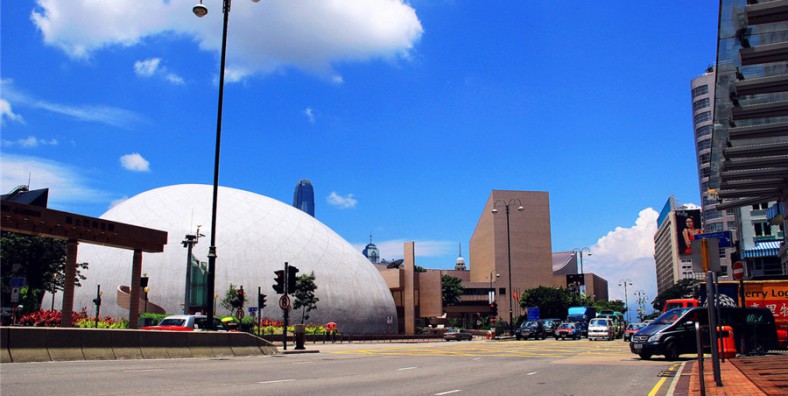 As one of the most famous landmarks in Hong Kong is famous for its unique egg-shaped dome. The museum is considered to be the first local astronomical museum to popularize astronomy and space science.

Why is Hong Kong Space Museum so Special?

As one of the most famous landmarks in Hong Kong is famous for its unique egg-shaped dome. The Hong Kong Space Museum was built in 1977 and completed in 1980. It covers an area of 8,000 square meters (about 1.97 acres). The museum is considered to be the first local astronomical museum to popularize astronomy and space science.

Where is Hong Kong Space Museum?

The Hong Kong Space Museum is located on the Tsim Sha Tsui waterfront, next to Hong Kong Museum of Arts and HK Cultural Centre.

The idea of the planetarium was first put forward by the City Council in 1961. Ten years later, the Urban Services Department set up a working group to study the experience of setting up astronomical museums overseas. The purpose of this study is to lay the foundation for the future Hong Kong Space Museum. The Hong Kong government decided to build the museum in Tsim Sha Tsui and invited Mr. Joseph Lau to act as an adviser to the astronomical museum.

East and the West Wing of the Hong Kong Space Museum

The Hong Kong Space Museum is composed of East and West wings. The east wing under the dome is the core of the planetarium, which houses the space science hall, space theatre, workshop and office. The West Wing has an astronomy hall, lecture hall, astronomy bookstore, gift shop and office.

The Astronomical Museum is the first one in the world with fully automatic control system. The space theatre is equipped with a hemispherical screen 23 meters in diameter (about 25 yards). Each year, two multimedia Astronomical Museum programs and the best foreign Omnimax movies are shown on the dome screen, while presentations are broadcast through headphones in English, Cantonese, Mandarin and Japanese. These images are known for their unparalleled size, clarity and impact. The Hong Kong Space Museum is the first astronomical museum in the Eastern Hemisphere with an OMNIMAX film projector.

The Hall of Space Science & the Hall of Astronomy

There are two main theme halls: the first floor is the Space Science Hall and the first floor is the Astronomy Hall. The Space Science Museum consists of three parts: the ancient astronomical history area, the early rocket area and the space station area which depicts the history of human space exploration. Visitors have the opportunity to experience many interactive exhibits. In the launch vehicle area, visitors can sit in a “gyroscope chair” and learn how to control the gyroscope and launch multi-stage rockets. The Astronomical Museum introduces visitors to the solar system, stars and the universe. With interactive electronic equipment and exhibits, visitors can easily understand the mysteries of space.

3.Children under 3 years old will not be admitted to Omnimax Show/Sky Show; Exhibition Halls are free for children under 4, but they must be accompanied by adults.

4.Concession is applicable to full-time students, people with disability and senior citizens aged 60 or above.

Nearby Museum in Hong Kong