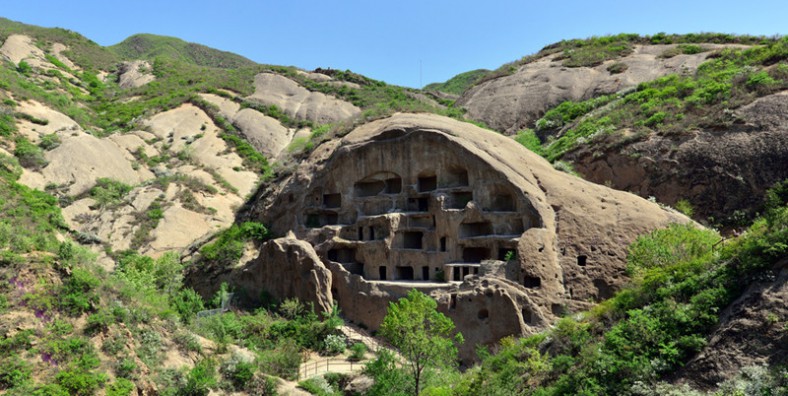 Guyaju Caves are the ruins of a cave complex that may have served as dwellings for a fortified community. Covering an area of 24.7 acres, it is the largest ancient cliff dwelling community in China.

Why are the Guyaju Caves in Beijing so Special?

Guyaju Caves are the ruins of a cave complex that may have served as dwellings for a fortified community. Covering an area of 24.7 acres, it is the largest ancient cliff dwelling community in China. On both sides of the 33 foot wide Canyon, more than 100 stone chambers were carved by a group of undefined ancients. From the rich cultural relics, tourists can learn about the history, lifestyle and folk customs of these special ancient people in northern China.

Where are the Guyaju Caves in Beijing?

Guyaju Caves are located in a secluded gorge in the west of Yanqing District, Beijing.

The origins of the community are mysterious due to uncertainty about the founding people and later disappearance of the community. The settlement may have been established by a tribe of people belonging to the Kumo Xi during the Liao Dynasty. Other theories are the complex was built by outlaws on the run or served as a military garrison during the Tang Dynasty. However, there are no clear answers as to the history of the caves with the historical literature stressing “its origins are a continuing archeological cipher.”

The dwellings and worship hall are hewn from the rock face of cliffs. The cave rooms are packed close to each other and in some places are cut at different levels of the same cliff face, giving the appearance of a multistory building. There are 350 chambers inside of the complex’s 117 caves. A Chieftain’s Palace is located at the bottom of one of the rock faces of the complex. This more elaborate residence has 8 rooms and is supported by columns cut from the rock.

Guyaju Caves are divided into three areas: the former, the middle and the latter. There are 91 chisels on the south, the north and the east slopes of the former ditch, and 26 chisels on the east slope of the latter ditch. The cave entrance is adjacent to each other. It is arranged in an orderly manner in a rectangular or square shape. The types include living room, storage room, stables, meeting hall, etc. There are single rooms, two suites and three suites in the room, most of which are one light and two dark. The lowest level of the caves are mostly stables, the upper level is rooms, and the upper and lower levels are connected by stairs. The structure of the room is ingenious, similar to today’s northern houses. All caves are distributed in layers, and stone steps, stone terraces and trestles are connected between layers