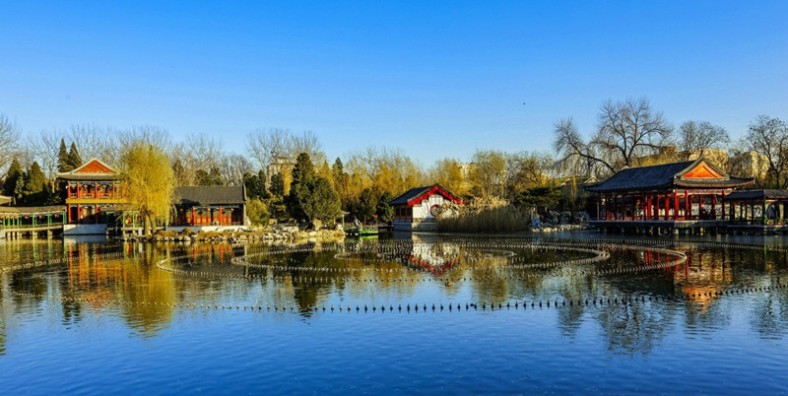 The Daguanyuan, variously translated as Grand View Garden or Prospect Garden, is a large landscaped interior garden in the classic Chinese novel Dream of the Red Chamber, built within the compounds of the Rongguo Mansion. It is the setting for much of the story.

Why is the Grand View Garden in Beijing so Special?

The Daguanyuan, variously translated as Grand View Garden or Prospect Garden, is a large landscaped interior garden in the classic Chinese novel Dream of the Red Chamber, built within the compounds of the Rongguo Mansion. It is the setting for much of the story.

Where is the Grand View Garden in Beijing?

The novel “The Dream of the Red Mansions” was written by Cao Xuequin during the Qing Dynasty. It is considered as one of the four great classics of Chinese literature. In the novel, the Grand View Garden was the residence of the Jia family, who was very wealthy. The novel’s main character is Baoyu, who lives in the home together with his relatives, including his two cousins.

Located at the southwest end of Beijing Grand View Garden, it is based on Jia Baoyu’s residence. There are plantains and begonias on both sides of the courtyard. The small bridge is on the outside. The three Bay vertical flower gate building is surrounded by a manuscript corridor, five main seats, three balconies, three auxiliary rooms in the East and west respectively. The main room has the title “happy red and green”.

Located in the south of Beijing Grand View Garden, it is Lin Daiyu’s residence after entering the Grand View Garden. There are three houses, one bright and two dark. There are bamboos in the courtyard. On the walls and windows, green bamboos are painted. The mottled bamboo is like the tears which are dotted, which reflects the image of the host and the public, the image of washing his face with tears and the lofty self-respect.

Located in the central axis of Beijing Grand View Garden, it’s where Lin Daiyu dated Jia Baoyu. The pool edge is white stone railing, three arches of stone bridge, and it’s the throat of the East and the West. Qinfang pavilion was built on the bridge, reflecting the people-oriented concept of garden making, and keeping visitors to watch.

Since 1996, the Spring Festival has been celebrated every year from the first day to the fifth day of the first lunar month. During the temple fair, visitors can watch the drama adapted from a dream of Red Mansions. Intangible cultural heritage includes face masks, sugar figurine, shadow play and papercut, etc. Generally, the entrance fee is 40 yuan per person.
See more temple fairs in Beijing.