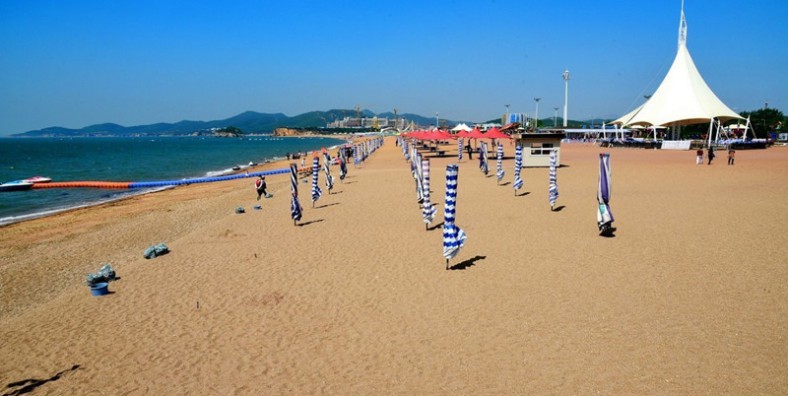 Why is Golden Pebble Beach So Special?

Golden Pebble Beach National Resort, also known as the Jinshitan Scenic Area. It comprises two peninsulas with a spacious beach in between, which splits the site into a land area of 62 square km and a water surface area of 58 sq km. Encircled by sea all around, the beach enjoys a coastline of 30 km. Golden Pebble Beach, as it has been called, is well-known for its distinctive beach where perched pink reefs, golden stones and featured cracked stones. Environment here is among the best throughout the country. Fresh air, clean sea water and spacious beach that extended four kilometers along the coast line attract tourists, especially swimmers.

Where is Golden Pebble Beach?

How to Get to Golden Pebble Beach?

If you want to get rid of hustle of transportation and troublesome navigation, you can book a private tour package which covers visiting, dining and transfer from us. Our local tour guide and driver will escort you to Golden Pebble Beach with speed and convenience, and take care of all the details. You just need to focus on travel.

Dalian Golden Stone Wax Museum is one of China’s large scale wax museums, it is Jinshitan Resort’s main indoor attraction. Visitors have the opportunity to get up close and personal with great national leaders such as Chairman Mao, American President Theodore Roosevelt, British Prime Minister Churchill, along with other political figures. Visitors can also snap shots with celebrities like Princess Diana, Bill Gates and Jackie Chan.

Golden Stone Garden, also known as Jinshiyuan Park, is situated on the east side of Central Street and covers an area of 130,000 square meters. Among them, 24,000 square meters of stone forest landscape was formed in the late Sinian period 600 million years ago. Long-term changes of ocean movement, ebb and flow and ebb and flow resulted in a variety of strange and colorful stone scenes, like turtles. Similarly, it is called a marine erosion zoo.

Binhai National Geopark relies on the unique hill-like landform along the coast, the unique reef form on the beach, the rich fossil paleontology in the rock stratum, and the folk magnificent myth and legend. Natural landscapes of different shapes are lined up from west to east.

One thought on “Golden Pebble Beach (Jinshitan) in Dalian”