Geological Museum of China in Beijing 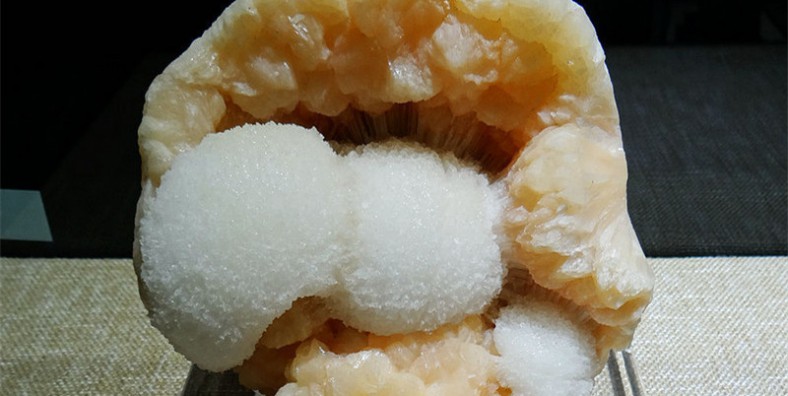 Why is the Geological Museum of China so Special?

The Geological Museum of China, built in 1916, is a geological museum, boasting 200 thousand specimens. At present, the Geological Museum of China has more than 100,000 geological specimens. Many of them are precious items reputed as “National Treasures”, such as “the Giant Shandong Dinosaur”(Shantungosaurus) fossil, the most complete dinosaur fossils extant in the world excavated from Liaoning; the fossils of primitive birds that were found in the west of Liaoning Province, which has the essential values to the research on birds of the area; the teeth fossils of Yunnan Yuanmou Man, which shifts the appearance of human beings in China to a much more earlier time; the stoneware, stone pearls, bone needles and bone decoration unearthed from the site of the Upper Caveman at Zhoukoudian in Beijing; a cinnabar crystal of 237 grams that is called as “King of Cinnabar”; and more than 60 new mineral products that were found in China, and so on.

Where is the Geological Museum of China?

This museum is located in the Xisi area of Beijing and opened on October 1, 1959. It is the earliest geological scientific museum of China.

Here is a model of the automatic rotation of the earth. It helps tourists better understand the earth’s rotation effect. This hall has many models, such as glacial landforms. These models show how the evolution of different landforms is affected by endogenous and exogenous forces. Visitors can see the change in the terrain directly. In addition, there are advanced satellite images in this hall. In this way, people can see the real and vivid mountains, valleys, lakes and seas on the earth.

The museum helps people better understand the basic information and classification of mineral rocks through interactive activities. Visitors can deal with different kinds of mineral rocks and understand their origins at the same time. In addition, the hall also includes some simulated mines, such as malachite and blue copper mine.

This hall is located in the southeast of the ore and Rock Hall. The gemstones on display in China Geological Museum are different from many man-made gemstones on the market, all of which are natural gemstones. Visitors will have the opportunity to enjoy these charming gems through a close-up experience. They can witness the formation, exploration and processing of precious stones.