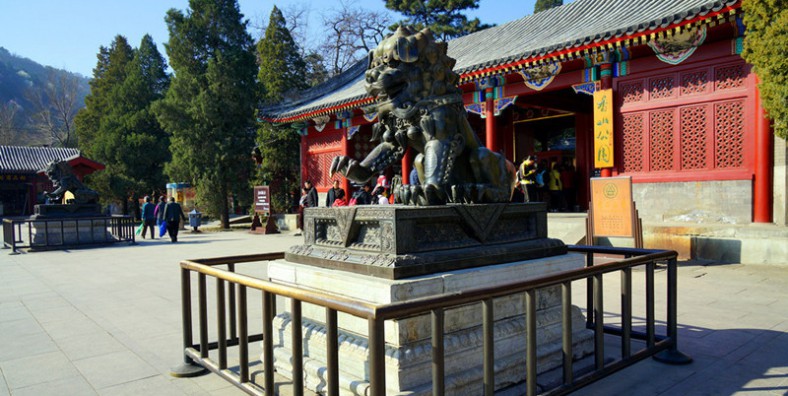 Fragrant Hills Park or Xiangshan Park is a public park and former imperial garden at the foot of the Western Hills. It was also formerly known as Jingyi Garden or "Jingyiyuan" (静宜园).

Why is Fragrant Hills Park in Beijing so Special?

Fragrant Hills Park or Xiangshan Park is a public park and former imperial garden at the foot of the Western Hills. It was also formerly known as Jingyi Garden or “Jingyiyuan” (静宜园). It consists of a natural pine-cypress forest, hills with maple trees, smoke trees and persimmon trees, as well as landscaped areas with traditional architecture and cultural relics. The name derives from the park’s highest peak, Xianglu Feng.

Where is Fragrant Hills Park in Beijing?

Fragrant Hills Park is located in the Haidian District, in the northwestern part of Beijing.

The hall was a temple and had its own name before Sun’s death in 1925, Mr. Sun Yat-sen died on Mar. 12th, 1925 and his coffin was once sent to this temple before being transferred to Nanjing (where the Kuomintang regime and government were built), people grieved over Sun’s death at the temple and renamed the temple as the memorial hall for Sun Yat-sen.

Zhisong means the place to understand pine trees. It is located in the west of the main visiting artery, over 100 ancient pine trees are living there.

Shuangqing means a villa with two clean springs. It is a quiet courtyard built in 1917 due to the flood in Heibei province (Beijing is a municipality directly under the Central Government but located in Heibei province), Chairman Mao once lived here before moving to Zhongnanhai (where the Chinese VIP works).

One thought on “Fragrant Hills Park in Beijing”