Hohhot, abbreviated Hushi (Chinese: 呼市; pinyin: Hūshì), is the capital of Inner Mongolia Autonomous Region, covering a total area of 17,224 square kilometers. It is a famous national historical and cultural city where 41 ethnic groups, including Manchu, Hui, Korean, Ewenki and Daur, live in a concentrated community. It has many ancient relics, including Zhaojun Tomb (昭君墓) , Five Pagodas  Temple (五塔寺), and White Tower(白塔). Hohhot is also famous for barbecue and the production of mushrooms and hops.

Other Destinations in Hohhot

Hohhot, the capital city of Inner Mongolia Autonomous Region, is usually the gateway city and the first stop of Inner Mongolia. Hohhot tours are usually related to other top destinations in Inner Mongolia, like Baotou, Hulunbuir, Ordos, Xilingol, as well as other provinces like Shanxi province. Known for its historical abundance, Hohhot is endowed with famous historical relics and exotic boundary ethnic culture. Tourists coming to Hohhot can visit historical and cultural sites such as Zhaojun Tomb(昭君墓), [...]

Hohhot, the capital city of Inner Mongolia Autonomous Region, is usually the gateway city and the first stop of Inner Mongolia. Hohhot tours are usually related to other top destinations in Inner Mongolia, like Baotou, Hulunbuir, Ordos, Xilingol, as well as other provinces like Shanxi province. Known for its historical abundance, Hohhot is endowed with famous historical relics and exotic boundary ethnic culture. Hohhot tours will take you to Zhaojun Tomb(昭君墓), Five Pagodas Temple [...] 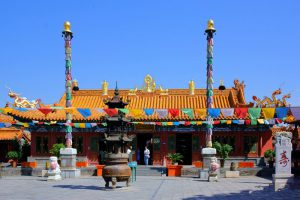 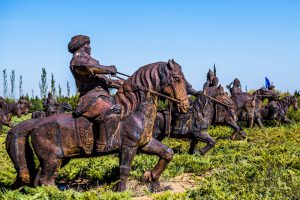 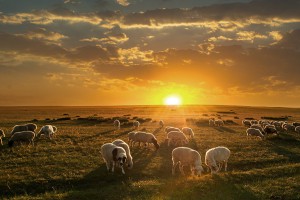 Located in the temperate inland region, north China, central Inner Mongolia autonomous region, Hohhot features a typical temperate continental climate which is characterized by long and cold winter with little snow, hot and humid summer with concentrated precipitation, dry and windy spring as well as short sunny and cool autumn with abundant sunshine. The coldest month falls in January, with a daily mean of −11.0 °C (12.2 °F), while July, the hottest month, averages 23.3 °C (73.9 °F). The annual [...]

More Hohhot Climate & When to Go >>

As a well-known historical and cultural city in Inner Mongolia, Hohhot is also a pearl of grassland. Besides visiting the ancient temples, pagodas and tombs to explore the history of Hohhot, tourists can also enjoy the grassland tours to Xilamuren Grassland(希拉穆仁草原), Huitengxile Grassland(辉腾锡勒) and Gegentala Grassland(格根塔拉草原), which provide magnificent scenery and a wide green "sea" decorated with flocks of sheep, cattle, and horses… Festivals in Hohhot Besides some Chinese traditional festivals, like New Year's Day(January 1), Spring Festival(The first day of the [...]

As the political, economic, cultural, scientific and educational center of Inner Mongolia, Hohhot is located in the central part of the Inner Mongolia, enjoying a suitable geographic position and good transportation. It is the national historic and cultural city and China Top Tourist City with the fame of “capital of milk”. To help you have a better understanding of Hohhot City, we have collected some useful Hohhot maps including Hohhot transportation map, Hohhot regional map, Hohhot location map, Hohhot tourist [...]

For its important role of economic, political and cultural center of Inner Mongolia as well as its historical and cultural relics and grassland scenery, Hohhot welcomes thousands of visitors every year for tour or for business, therefore, where to stay in Hohhot is one of the considerations they take before starting their trip. Still, Hohhot has many hotels to offer, and we China Dragon Tours will always do our best to recommend you with the comfortable ones with reasonable [...]