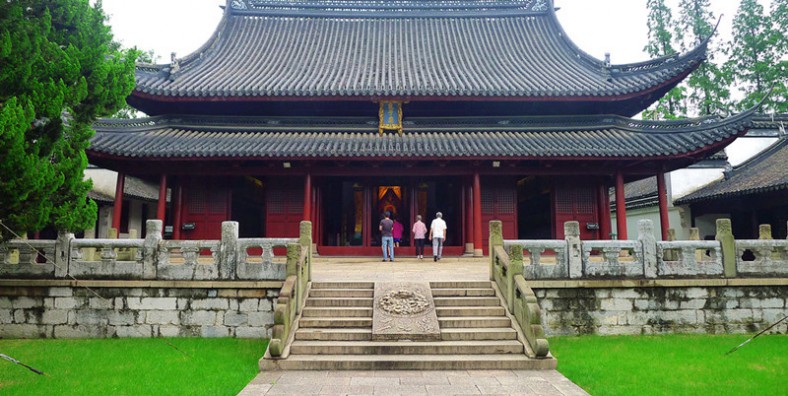 The Confucian Temple of Shanghai is a folk Confucian temple in the old city of Shanghai. It is similar to the original temple of Confucius in his hometown Qufu and to the Beijing temple, but on a smaller scale.

Why is Confucius Temple in Shanghai so Special?

The Confucian Temple of Shanghai is a folk Confucian temple in the old city of Shanghai. It is similar to the original temple of Confucius in his hometown Qufu and to the Beijing temple, but on a smaller scale. Confucius Temple is the only ancient architecture complex in Shanghai with a history over 700 years to memorize and sacrifice the great sage of China- Confucius.

Where is Confucius Temple in Shanghai?

The Confucian Temple of Shanghai is located on Wenmiao Road in Huangpu District.

The Confucian Temple was first founded during the Yuan Dynasty, when Shanghai, once a small fishing village, was elevated to the status of a county seat. It was also the most prestigious learning institution of the county, as in ancient times a Confucian Temple was typically a combination of temple and school. In the following centuries, it was rebuilt several times. From 1851 to 1855, the temple was occupied by the Small Swords Society and became their headquarters. The temple was almost completely destroyed during the battle when government troops retook control of it. The government eventually decided to rebuild the temple at the present site.

The temple was badly damaged during the Cultural Revolution, but in 1995 it was designated for renovation by the local government. Now it is the site of one of the biggest book markets in Shanghai.

The Ming and Qing antique bookstore in the Northeast Confucian temple is a famous book paradise in Shanghai. There are books, magazines, newspapers, comic books, antiques or the latest second-hand books on the market. It’s possible to bargain. It’s also a great pleasure that people can sometimes find some famous extinct books. It’s a special hobby of Shanghainese to go for a walk in Confucian temple every Sunday morning. They like to see Confucian temple, look for books, taste various delicacies and go shopping.