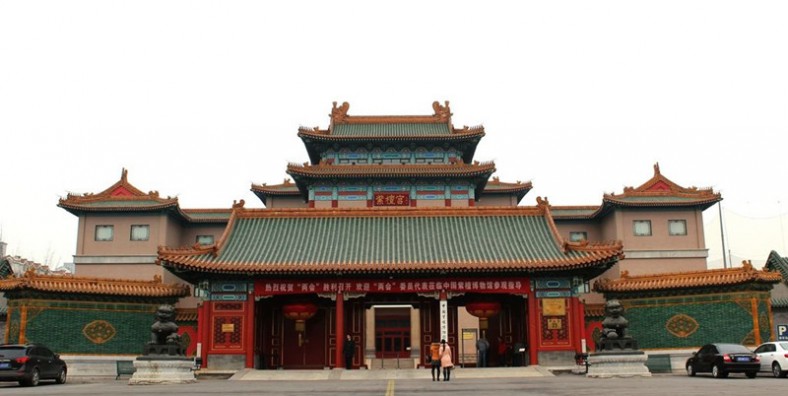 Why is the China Red Sandalwood Museum in Beijing so Special?

China Red Sandalwood Museum is a grouping of architecture in the Ming (1368-1644) and Qing (1644-1912) styles. It covers 9,569 square meters (11,444 square yards), and is the first and largest private museum in China that includes collections, research, exhibitions, and the appreciation of Red Sandalwood artwork.

Where is the China Red Sandalwood Museum in Beijing?

In the center of the first floor is a replica of the golden throne of Qianqing palace, the Forbidden City. There are also many small and famous architectural displays on this floor, such as the Qianqiu Pavilion and Wanchun Pavilion model in the imperial garden of the Forbidden City. They stand on the left and right sides of the central throne, and there is a model of Tianting in the southeast corner of the floor. In addition, visitors can also visit the Qing style hall in the southwest corner, which is a typical living room of the Qing Dynasty. The exhibition hall in the northeast corner displays Chinese classical canopy beds.

On the second floor of China Red Sandalwood Museum, there are many precious screens and exquisitely carved throne. There are also some replica displays of ancient Chinese architecture, such as the replica of the spiritual cultivation hall in the Forbidden City. Other exhibitions include a Ming style hall, traditional sanctuaries and traditional new houses.

On the third floor, there are two important replicas: one is the model of Beijing Quadrangle, the other is the screen engraved with the picture of the Festival of Pure Brightness on the River in the Northern Song Dynasty (960-1127). The replica of this residential building is very large, 2-3 meters (7-13 feet) high. The red sandalwood carvings of the courtyard and nearby houses are beautiful in every detail.

The picture of the Festival of Pure Brightness on the River was painted by Zhang Zeduan, a painter in the Song Dynasty. It is regarded as the most important painting in ancient Chinese life and Great China itself.

There is a VIP room on the fourth floor. Tourists can go there to have a rest. In addition, there is a multi-functional exhibition hall.

The center of the fifth floor is mainly the red sandalwood model of the Hall of Prayer for Good Harvest. There is a teahouse where tourists can rest and drink tea.