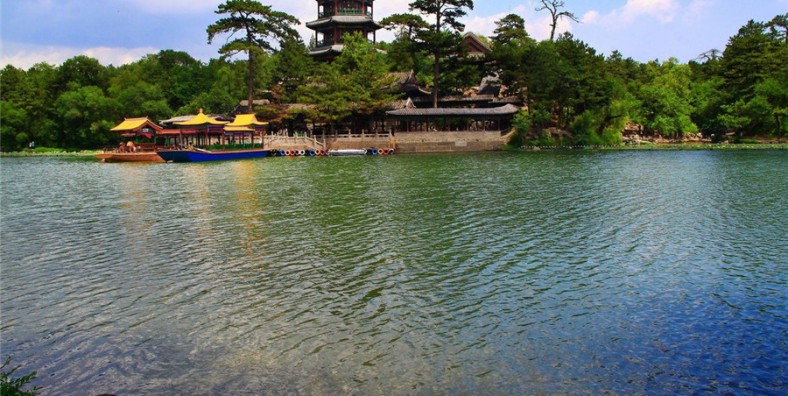 The Mountain Resort in Chengde is a large complex of imperial palaces. It is one of China's four famous gardens, World Heritage Site, national relic protection unit and Class 5A Tourist Attractions in China.Temples of various architectural styles and imperial gardens blend harmoniously into a landscape of lakes, pastureland and forests.

The Mountain Resort in Chengde is a large complex of imperial palaces and gardens situated in the city of Chengde in Hebei, China. It is one of China’s four famous gardens, World Heritage Site, national relic protection unit and Class 5A Tourist Attractions in China. It covers a total area of 5.6 square kilometres, almost half of Chengde’s urban area. It is a vast complex of palaces and administrative and ceremonial buildings.

Why is Chengde Mountain Resort So Special?

Temples of various architectural styles and imperial gardens blend harmoniously into a landscape of lakes, pastureland and forests. As it also absorbs the arts, and style culture of many other cultural groups, especially the Tibetans, “Mountain Resort and its Outlying Temples, Chengde” was added to UNESCO’s World Heritage List in 1994.

Built between 1703 and 1792 during the Qing dynasty, the Mountain Resort took 89 years to complete.The construction of the Mountain Resort was divided into two stages. The first stage was from 1703 to 1713. The main job in this period was to expand the lake area, build artificial islet, building up the embankment, then construct palaces and pavilions, plant tree and wall. The mountain resort began to take shape. The second stage started from 1741 to 1754 of the reign of Emperor Qianlong. The Kangxi, Qianlong and Jiaqing emperors often spent several months a year here to escape the summer heat in the capital city of Beijing.

How to Get to Chengde Mountain Resort?

If you want to get rid of hustle of transportation and troublesome navigation, you can book a private tour package which covers visiting, dining and transfer from us. Our local tour guide and driver will escort you to Chengde Mountain Resort with speed and convenience, and take care of all the details. You just need to focus on travel.

The best time to visit is between mid May – mid October. However, snow clad mountains & monasteries in winter are also stunningly beautiful.