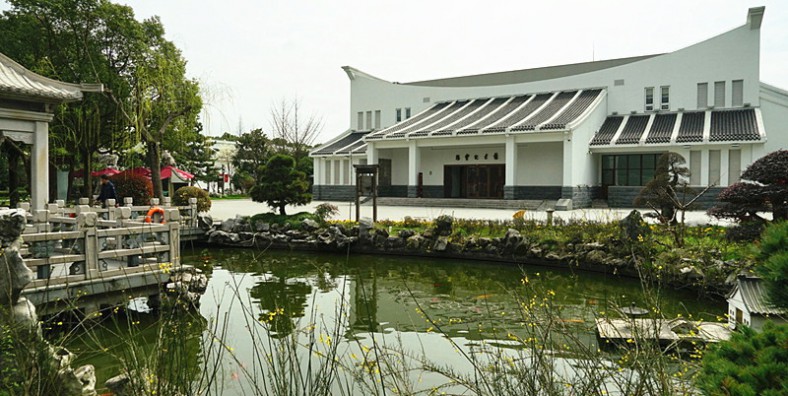 The Shanghai Chen Yun Memorial Hall was built on the basis of the former site of Chen Yun's residence and Qingpu Revolutionary History Memorial Hall. It is a biography exhibition hall that shows Chen Yun's life and the glorious history of the Qingpu people's socialist revolution.

Address in English: Liantang Town of Qingpu District in shanghai

Why is Chen Yun Memorial Hall in Shanghai so Special?

The Shanghai Chen Yun Memorial Hall was built on the basis of the former site of Chen Yun’s residence and Qingpu Revolutionary History Memorial Hall. It is a biography exhibition hall that shows Chen Yun’s life and the glorious history of the Qingpu people’s socialist revolution. In 2000, on the 95th anniversary of Chen Yun’s birth, the memorial hall was built for him. In 2005, a statue was erected in the square in front of the memorial hall to mark the centenary of his birth.

Where is Chen Yun Memorial Hall in Shanghai?

The Shanghai Chen Yun Memorial Hall is located in Liantang Town of Qingpu District in shanghai.

Chen Yun (1905-1995) is a great politician, proletarian revolutionist, outstanding Marxist, and one of the most important founders of China. As the founder of China’s economic construction, he has made outstanding contributions to China all his life and won the great respect and love of the Chinese people.

In the preface hall stands a 3.6-meter-high white jade statue of Chen Yun, which vividly depicts Chen Yun as one of the founders of the economic construction of the Republic. The background of the statue is bamboo shoots after a spring rain, implying the vigorous development of the cause initiated by the older generation of proletarian revolutionaries.
Two kinds of bamboo were planted in front of the statue – square bamboo and round bamboo. Bamboo is a symbol of good qualities such as modesty, integrity, honesty and tenacity. It is also Chen Yun’s favorite plant, and it also symbolizes his high integrity in life.

Chen Yun’s former residence is located in the north of the great hall. Chen had to live with his uncle after his parents died, so this is actually his uncle’s house. Its original appearance is simple and solemn, which is a common style of wooden houses in South China.

In the 1850’s, the peasant uprising led by Zhou Lichun and Zhou Xiuying leaded Qingpu people’s struggle against feudalism and aggression to a climax. After the founding of the Communist Party of China, Qingpu people’s revolutionary struggle has taken on a new look. A large number of Qingpu people with lofty ideals have devoted themselves to the revolution, striving for the independence, prosperity and strength of the Chinese nation. Comrade Chen Yun is one of their outstanding representatives.

1.Admission Fees: Free, but tourists need to collect a ticket upon arrival