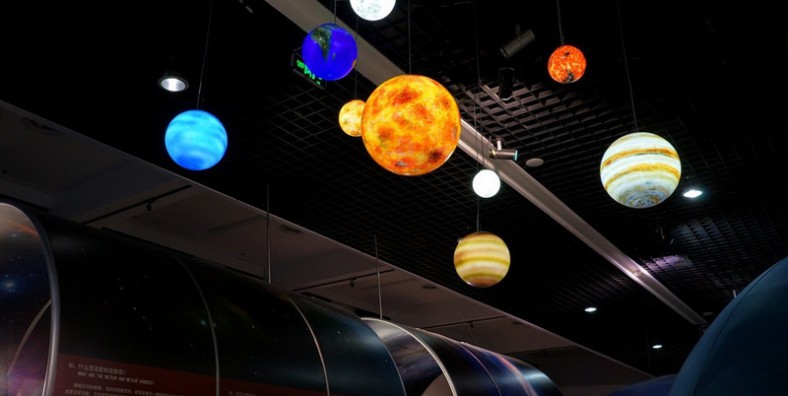 Why is the Beijing Planetarium so Special?

Where is the Beijing Planetarium?

In the center of the Exhibition Hall A, there is a Foucault pendulum reflecting the earth’s rotation. The exhibition hall on the west side displays an astronomy knowledge exhibition. The lecture hall on the east side often holds academic exchanges and reports on popularizing astronomy knowledge. There are two observatories in the courtyard, one of which is equipped with a telescope with a diameter of 13cm, through which you can watch the moon, planets, nebulae, star clusters and observe sunspots in the daytime. The other is the chromosphere Observatory, which uses the chromosphere telescope to observe and photograph changes in the chromosphere layer of the sun. There is also an astronomical square on the west side, displaying outdoor observation instruments.

Exhibition Hall B (New Hall) was officially opened at the end of 2004. There are three popular science theaters: Cosmos theater, 4D theater and 3D theater, as well as various popular science education facilities such as astronomy exhibition hall, sun Observatory, mass Observatory and astronomy classroom. Among them, the 18-meter radius cosmos theater has a standard hemispheric all-sky screen, which can present a three-dimensional sky screen effect for 200 audiences at the same time.