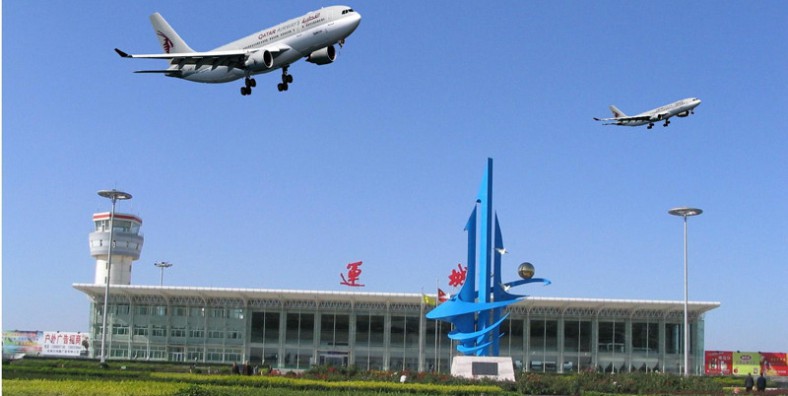 Yuncheng Guangong Airport (Chinese: 运城关公机场) (IATA: YCU, ICAO: ZBYC) is an airport serving the city of Yuncheng in Shanxi Province, China. It is located in Zhangxiao Village, Taocun Town, 11 kilometers northeast of the city center, and is commonly called Yuncheng Zhangxiao Airport (Chinese: 运城张孝机场).[1] The official name refers to Guan Gong, a revered hero of ancient China who was from the Yuncheng area. In 2010 Yuncheng Airport served more than 600,000 passengers, ranking 62nd among all airports in China.

The airport was opened in February 2005, and expansion was started in May 2007 and completed in August 2008, with a total investment of 350 million yuan. On 9 May 2012, a new 25,000 square-meter terminal building was opened, ten times the size of the original building.

Yuncheng Airport has a runway that is 3000 meters long and 60 meters wide (class 4D), and seven aircraft parking aprons. It has a 25,000 square-meter terminal building that was opened in May 2012. It is designed to serve 1.2 million passengers and 8000 tons of cargo per year, with a peak capacity of 875 passengers per hour.

Yuncheng Guangong Airport is served by the following airlines: