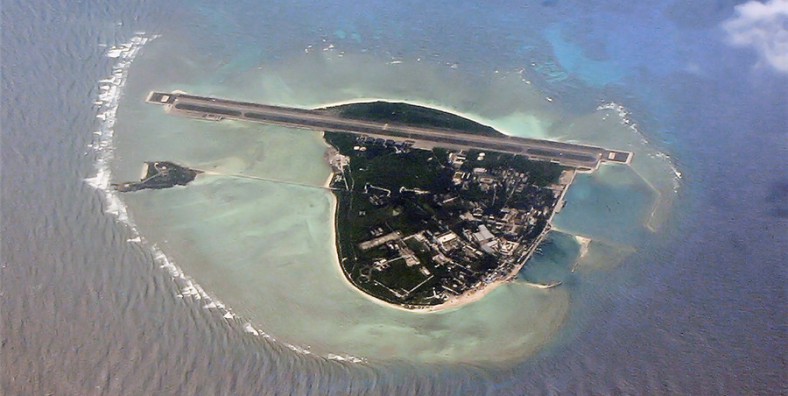 Yongxing Island Airport (ICAO: ZJYX), also known as Woody Island Airport, is a civilian-military dual-use airport located on Yongxing (Woody) Island, the largest of the disputed Paracel Islands in the South China Sea.[2] Yongxing/Woody Island is occupied and administered by China (PRC) as the seat of Sansha city of Hainan Province. The airport was expanded in 1990 to increase the combat range of Chinese warplanes.[4] Further construction and reclamation of land commenced in 2012 to lengthen the airstrip. This work was completed in October 2014.[5]

Military drills with fighter aircraft landing and taking off at Yongxing Island Airport were carried out and telecast on CCTV in December 2017.[6]

Yongxing Island Airport has a runway that is 2,700 metres (8,900 ft) long,[2] capable of handling any fourth generation fighter aircraft of the Chinese airforce such as the Sukhoi Su-30MK2. The airport has four hangars, a radar navigation station and four large fuel tanks, enabling it to serve as a forward deployment base for refueling warplanes on combat missions.[7]