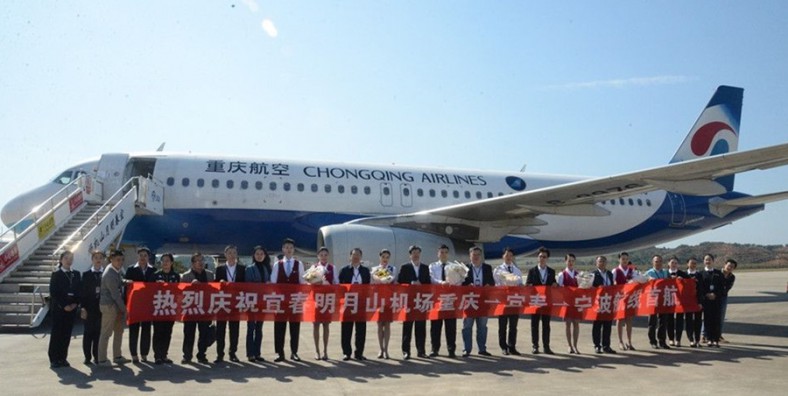 Yichun Mingyueshan Airport (IATA: YIC, ICAO: ZSYC) is an airport serving the city of Yichun in Jiangxi Province, China. It is located in Hutian Town, Yuanzhou District. As the only airport in western Jiangxi, it also serves the nearby cities of Pingxiangand Xinyu in addition to Yichun, with a total population of 10 million.[3] It is named after Mingyueshan (Moon Mountain), a national forest park near Yichun. Construction of the airport began on 26 July 2009. Originally scheduled to open in 2011,[2]the airport opened on 26 June 2013.[3]