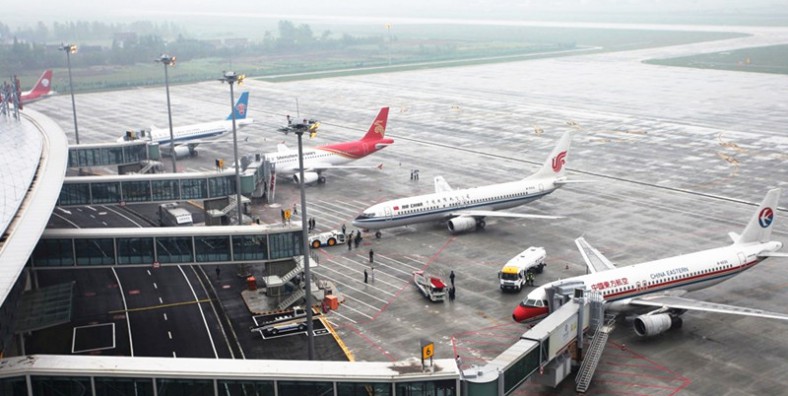 Yangzhou Taizhou International Airport (IATA: YTY, ICAO: ZSYA), often abbreviated to Yangtai Airport, is an airport serving the cities of Yangzhou and Taizhou in China’s Jiangsu Province. It is located in the town of Dinggou in Jiangdu District, Yangzhou, 30 kilometers from the center of Yangzhou and 20 kilometers from Taizhou. Another major city, Zhenjiang, is also nearby across the Yangtze River.

The airport is jointly constructed and owned by the cities of Yangzhou (80% share) and Taizhou (20% share), with a total investment of 2.082 billion yuan. The airport was opened on 7 May 2012. During the design and construction stage it was called Suzhong Jiangdu Airport (Chinese: 苏中江都机场) (Suzhong means “Central Jiangsu”), but was renamed in November 2011 to reflect the names of the main cities it serves.[3]

Designed as a domestic regional airport (class 4C), the airport’s runway was originally 2,400 meters long and 45 meters wide. It has a 31,000 square-meter terminal building and 13 aircraft parking aprons. It was designed to handle an annual throughput of 2 million passengers and 24,000 tons of cargo by 2020.[2][3]

In December 2018, the runway was extended to 3,200 meters and the airport was upgraded to class 4E. It is now capable of handling long-range, four-engine aircraft such as the Boeing 747 and the Airbus A340.[4]