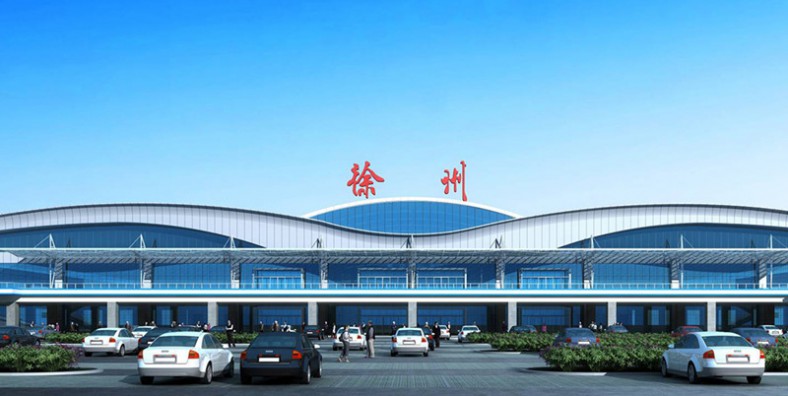 Xuzhou Guanyin International Airport (IATA: XUZ, ICAO: ZSXZ) is the airport serving Xuzhou, Jiangsu Province, People’s Republic of China. As of 2016, it is the 62nd busiest civil airport in China. Located about 45 kilometres (28 mi) from the downtown area in the southeast outskirts of the city, the airport has two terminal buildings.

The inauguration of Terminal 2 was on June 8, 2018. With 34,000 square meters of space, the new terminal has 8 jet bridges, 20 check-in counters, 10 automated check-in machines, 10 security checkpoints and more than 1,312 seats.[3] With this new facility, the airport can handle another 5 million passengers and 50,000 metric tons of cargo every year.[4] It also adds a natural gas energy system, used to provide refrigeration, heating, and partial power.

Since the opening of Terminal 2, it has been exclusively used for domestic flights, while regional international flights use Terminal 1.[4]