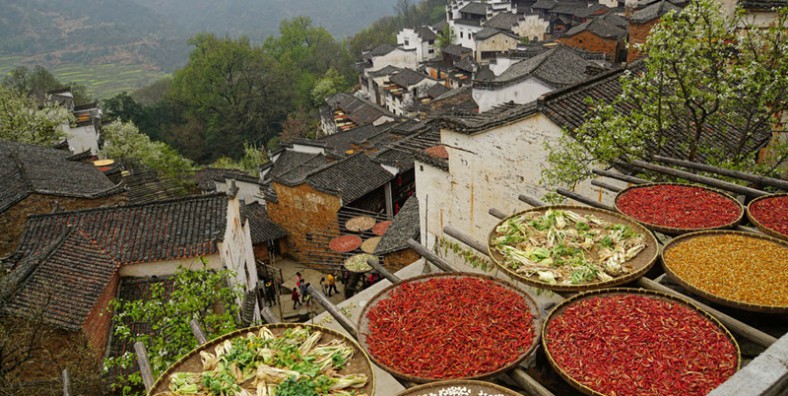 Why is Wuyuan Scenic Area So Special?

Wuyuan is famous for a perfect mass of rape flowers. Rape flowers in Wuyuan are usually in full bloom in late March and early April. The top of terraces around Jiangling Village or the Moon Bay is the best place to get a panoramic view of the vast expanse of golden yellow rape flowers. Qingyuan Village, Shangxia Xiaoqi Village, Wangcha Village is also a good place to watch the Rape flowers sea.

Where is Wuyuan Scenic Area?

How to Get to Wuyuan Scenic Area?

If you want to get rid of hustle of transportation and troublesome navigation, you can book a private tour package which covers visiting, dining and transfer from us. Our local tour guide and driver will escort you to Wuyuan Scenic Area with speed and convenience, and take care of all the details. You just need to focus on travel.

Likeng Village is a cluster of houses constructed along a brook. It is said to be the most scenically beautiful village in the town. The brook is two to three meters wide spanned at different points by makeshift bridges. A rolling stream through the village lived by 260 peasant households along with ancient buildings with its pink walls, black tiles as well as beautiful girls who are washing laundry reflecting from the stream look like a natural scenery.

This judgement is based partly on Wuyuan County’s well-preserved, ancient Hui-style architecture, partly on the county’s breathtaking natural beauty that is characterized by emerald-green mountains blue lakes and clear rivers and brooks, and partly by the spirit of tranquility which continues to define this area, linking it to its unhurried, ancient past. Indeed, others have called Wuyuan County China’s last genuine Shangri-La, though there are other localities in China which vie for that title.

Wuyuan is especially famous for its architecture, seal cutting techniques and the amazing rape flower field. In the middle of March, all scenic spots, highways and villages along the scenic spot in Wuyuan have been opened to the public and entered a rape flower period. The top of terraces around Jiangling Village or the Moon Bay is the best place to get a panoramic view of the vast expanse of golden yellow rape flowers. Qingyuan Village, Shangxia Xiaoqi Village, Wangcha Village is also a good place to watch the Rape flowers sea.