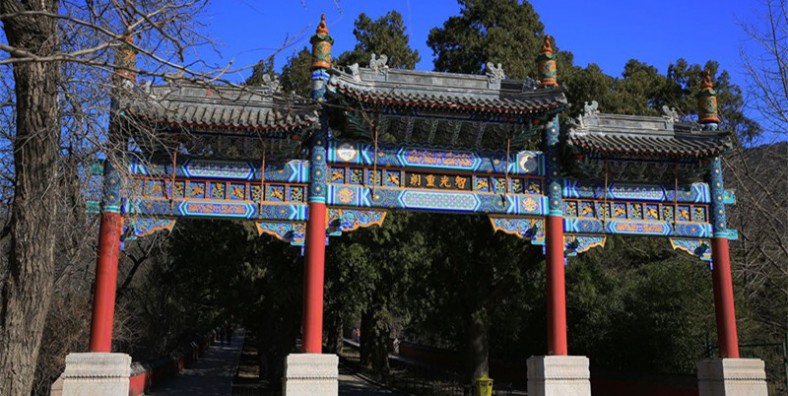 Why is Wofo Temple so Special?

When Shifangpujue Temple was first built, it was not as large as it is now. At that time, there was only the middle road.

The Yuan Dynasty was a turning point in the history of the temple’s development. Starting from the English Emperor Shuo De Ba La, four successive generations of emperors extended the temple for a period of ten years.

The Ming Dynasty had five renovations and six rides, which was the heyday of the temple.

It was not until the Yongzheng period of the Qing Dynasty that Prince Yi Yunxiang gave up his capital, xiu’zhi, that the Shifang Pujue Temple began to rise again. Yunxiang’s construction lasted until the early years of Ganlong.

The Three Buddha Hall is the most important hall in the Sleeping Buddha Temple. It is named for worshiping the Three Buddha. On the sumeru pedestal, which is about 1 meter high, three 2.5 meter high clay sculpture gold-plated Buddha statues sit on the lotus pedestal. the two sides of the temple are 18 arhats of colorful sculpture. The three Buddha halls have east and west side halls, the east side hall houses the images of “prince sido” and “king of persian unseen,” and the west side hall houses the images of “bodhidharma patriarch” and “bodhisattva earth tibet”.

The reclining Buddha hall is three rooms wide, with green glazed tiles, yellow trim and bills resting on the top of the mountain. The couplets on both sides were written by Empress Dowager Cixi. The reclining Buddha was cast in the Yuan Dynasty to the first year of governance (1321). The bronze Buddha sleeps horizontally with his head to the west and his left hand lying naturally on his leg and his right hand bending his head.

Maitreya Bodhisattva, paraphrased as cishi, is one of the eight Buddhists.

Botanical Garden: Beijing Botanical Garden is a botanical garden situated in the northwestern outskirts of Beijing, China between Xiangshan (Fragrant Hills) Park and Jade Spring Mountain in the Western Hills.

Xiangshan Park: It is a royal garden with mountain forest characteristics. In the past, emperors used to go there to hunt and enjoy the cool in summer and autumn. There are many cultural relics and historic sites in the park, which are the architectural styles of Ming and Qing dynasties.