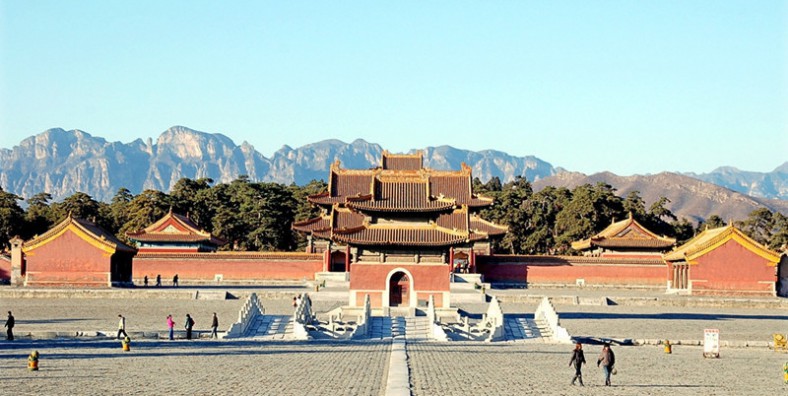 Why is Western Qing Tombs so Special?

Western Qing Tombs are one of the groups of mausoleums of emperors from the Qing Dynasty (1644-1911), which twins with Eastern Qing Tombs. Qing Xiling was listed as a world cultural heritage and a “World Heritage List” by the 24th World Heritage Committee. In January 2001, it was awarded the first batch of AAAA scenic spots in the country.

After the founding of the People’s Republic of China and the establishment of Xiling Cultural Relics Preservation Institute in 1954, the principle of “not changing the original state” (i.e. trying our best to preserve the authenticity of cultural relics) was strictly observed in the daily maintenance and protection, and was based on conclusive documents and archival materials.

Qing Xiling was listed as the first batch of national key cultural relics protection units by the State Council in 1961 and officially opened to the outside world in 1980. In November 2000, Qingxiling, together with Qingdongling, was listed as a world cultural heritage by the 24th World Heritage Committee.

The Qing Xiling Mausoleum was first built in the 8th year of Yongzheng (1730) and in the 4th year of the Republic of China (1915) in Guangxu’s chongling. After 186 years, there are 4 mausoleums of emperors, 3 mausoleums of emperors, 7 tombs of kings, princesses and concubines, and 80 people including 4 emperors of Yongzheng, Jiaqing, Daoguang and Guangxu, 9 queens, 56 concubines and kings and princesses. With a construction area of over 50,000 square meters, there are more than 1,000 palaces and more than 100 stone carvings and buildings.

Western Qing Tombs is a hilly land with high northwest and low southeast in the region, with undulating hills, lush forests and criss-crossing rivers. It is the birthplace of North Yishui River, with a highest elevation of 1121 meters. It is surrounded by numerous mountains, with the old city of Yanxia more than 2300 years ago in the east, zijingguan in the west, Yongning mountain in the north and Yishui river in the north.

Western Qing Tombs has a large scale and complete system of ancient buildings. There is the largest artificial ancient pine forest in North China in the mausoleum area covering 200 li and 800 square kilometers. Since the establishment of the mausoleum, the Qing Dynasty has planted tens of thousands of pine trees at the foot of Yongning Mountain, along the Yishui River and inside and outside the mausoleum. There are 15,000 pine trees in old pine and over 200,000 young cypress trees.

The main part consists of the four emperors’ mausoleums -Tailing, Changling, Muling and Chongling. There are over a thousand rooms in palaces and in excess of one hundred ancient stone buildings and carvings sprinkled around Western Qing Tombs, which are all majestic, rich in sculptural artifacts, reflecting the pageantry of that time. These include the Beilou (Building enclosed a stele that records the achievements of emperors), Chaofang (the Hall of Worship where sacrificial food is prepared), Long’en Dian (Palace for Imperial Blessings and the place sacrifices are made), Baoding (Treasure Top, the top of an underground palace where the emperor was buried) and some mighty gates, etc. All the mausoleums have their own characteristics that reveal the high level of technique and wisdom of the ancient Chinese People.

They are one of the most important and valuable ancient tombs in Chinese history and are also included in the world cultural heritage. For those who are interested in natural scenery and the exploration of ancient Chinese history dominated by a few Manchu people, this deeply loved place is definitely essential.