Traditional Chinese clothes were an evolution of their long, loose, straight-cut jackets and pants or gowns. Chinese clothing has a long history, which leaves a precious heritage for the world. With five thousand years of Chinese history and 56 ethnic groups, Chinese textile printing and dyeing technology had led the world for thousands of years. Almost every dynasty has its distinctive characteristics of clothing culture, and every ethnic group dresses differently. China is the most developed country in clothing culture in the world.

Based on historical discoveries, Chinese clothes dates back to the later era of Paleolithic Times (1.7 million years ago – the 21st century BC). Materials used were of animal skins and decorations were of small stones and animal teeth. The “real” clothes were not invented until about 5,000 years ago by the Yellow Emperor. By the Shang Dynasty (17th century BC – 1046 BC), the basic features of traditional Chinese attire were created, as well as the general pattern of blouse plus skirt. Later, the long gown appeared during the Zhou Dynasty (1046 – 256 BC) and it co-existed with the blouse-skirt combinations for thousands of years, improving further as time passed. Then a great change occurred with the formation of the Republic of China, when Mao Suit became popular among the males and cheongsam among the females. In the early period of the People’s Republic of China, Mao Suit stayed popular among not only males, but also females. Later in the 1970s, when the country implemented reform and opening policy, the masses gradually turned to western-style attire.

Hanfu, the traditional clothing of the Han nationality,“Began the Yellow Emperor, prepare for Yao and Shun”, came from the Yellow Emperor system Mianfu and was fixed in the Zhou dynasty. In different periods of history, Hanfu has some changes, but overlapped and rightward collars are invariable. A whole set of Hanfu usually consists of three layers: a small coat (underwear), a middle coat(inner garment), and an overcoat. Until the Han Dynasty, the Hanfu was adopted and promoted by the ruling class. The Mianfu of Topcoat-plus-Skirt style(separate tops and lower garment) is the official dress of the emperors and officials. Shenyi (Gown) is the casual clothing of the officials and scholars, and Served Ru skirt is worn by women. The laboring class generally wears short clothing in imperfect conditions. 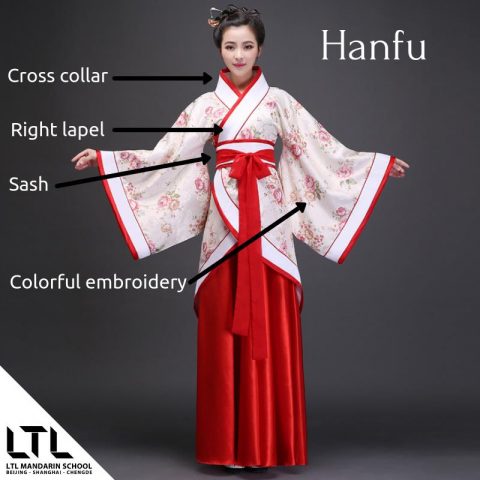 There are a plenty of hanfu styles, each of them could be assembled by a set of clothing pieces.

Follows are the introduction of some Hanfu styles.

The name “Tangzhuang” was originally created by overseas Chinese people due to the prosperity of the Tang Dynasty. Chinese people are also called “Tang People” by foreigners. In fact, Tang suit (or Tangzhuang) has two varieties in Chinese culture. One is a kind of Chinese clothing, evolves from the Hanfu, featured with overlapped and rightward collars and tied with a sash. The representatives are Qixiongruqun(waistband above the chest), Tangyuanlingpao(round collar), Jiaolingruqun(collar in the shape of letter Y). The other one is a kind of pseudo-traditional Chinese jacket with a straight collar. This kind of Tang suit has four characteristics: mandarin collar with a symmetrical front opening; one piece of sleeves and clothes, with buttons down the front and right angle button. 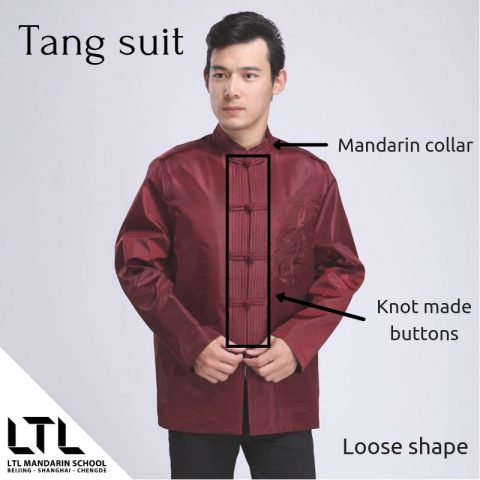 Qipao or Cheongsam in Chinese, the traditional dress of Chinese women in the world, is honored as the quintessence of Chinese national culture and the national dress of Chinese females. After the 1920s, it became the most popular clothing of women, which was determined by the government of the Republic of China as one of the national dresses in 1929. After 1980s, as the traditional culture being revalued and with the effects of film and TV culture, fashion show and beauty contest, cheongsam was gradually prevalent in the mainland, and all over the world. Cheongsams are close-fitting, and draw the outline of the wearer’s body. The classical cheongsams mostly used straight lines, loose body piece and split ends on both sides. The chest circumference and waistline is closer to the size of the dress. Modern cheongsam is designed more close-fitting and accompanied with sleeves in western style. Its length of the body part and sleeves are greatly shortened. The design of Cheongsam got various inventions like ruffled collar, bell-like sleeves and black lace frothing. 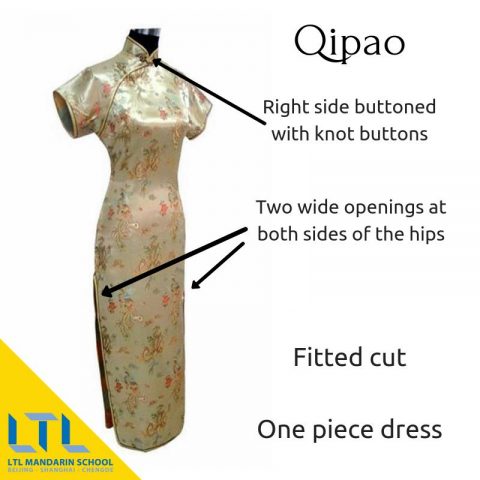 Zhongshan Suit, also called Mao suit or Chinese tunic suit, named after the Chinese revolutionary pioneer Dr. Sun Yat-sen, was designed on the basis of Japanese student costumes. It has a turn-down collar and four pockets with flaps. Mao Suit was named because the famous political figure Mao Zedong often worn it. It was once one of the most popular standard clothes for Chinese men. After the 1980s, with the deepening of reform and opening up, western-style suit and other fashions gradually became popular. It is worth mentioning that Chinese leaders are still used to wearing Chinese tunic suit when attending major domestic events. 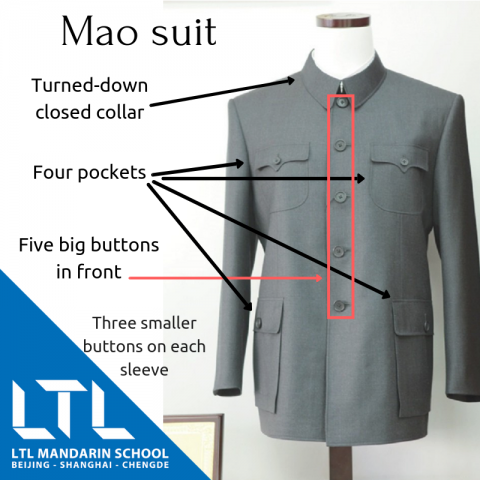 The 5 broad categories of traditional Chinese clothing have been introduced. In general, each of them could be recognized by 7 key variations.

If you are interested in learning more facts about Chinese traditional clothes, just contact us to tell your interests and requirements and we will create a China tour to you. You will have a fantastic experience of wearing traditional Chinese clothes.