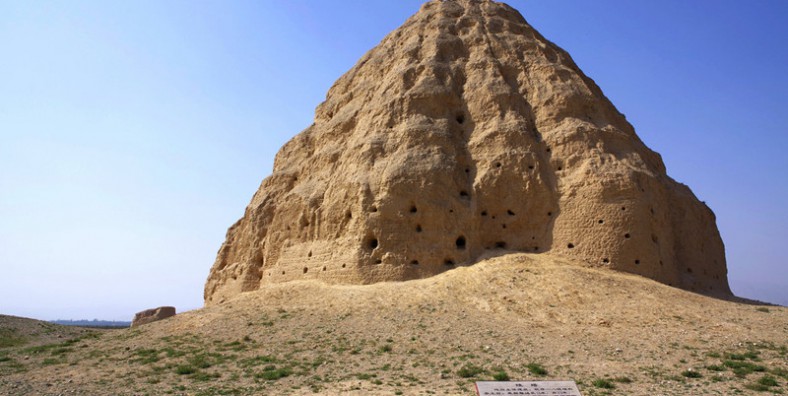 Zhongwei is a relaxed city in West China. With 3000 years history, it is located in inland China close to desert, with Shapotou as the highlight....

Zhongwei is a relaxed city in West China. With 3000 years history, it is located in inland China close to desert, with Shapotou as the highlight. It is about 3 hours’ drive from Yinchuan to Zhongwei. During the tour, you can enjoy the highlights of both Yinchuan and Zhouwei.

Upon your arrival, tour guide will pick you up and then transfer to your hotel in Yinchuan city. It was once the capital of the Western Xia Empire. Free at leisure for the rest of the day. Morning head to the Sand Lake, covering more than 80 square kilometers, which is composed of sands, water and hills. Then continue to visit Western Xia Mausoleum. It consists of 9 imperial mausoleums and 250 tombs of others. The mausoleums hold the remains of the imperial leaders of the Western Xia Dynasty.

Afterwards visit the Western Xia Film and Television City. In ancient times, it was a barracks from Qing Dynasty soldiers and served that function for over 500 years. Through the visit, learn how Chinese movies are made and why they have received great prizes at both domestic and international film festivals.

Then, drive back to Yinchuan. Today drive from Yinchuan to Zhongwei. Visit 108 Pagodas on the way, which are bulit at the side of Huang He River in Qingtongxia city. After Zhongwei arrival, enjoy the spectacular desert of Shapotou Scenic Spot. Located in the southeastern line of Tengger Desert, it has earned the nickname, “Capital of the World of Deserts”. Have a camel riding or sand rafting if you like(at your own expense).

Camp in desert for overnight. Morning drive back to Yinchuan. Then head to visit Nanguan Mosque, which is one of the largest mosques in Ningxia province and was built in Yuan Dynasty. Then continue the tour to Haibao Pagoda. With a history of over 1500 years, Haibao Pagoda is one of the eight highlights in Ningxia and on the list of the sixteen famous pagodas in China.

Afterwards move on to Ningxia Museum, which is a comprehensive historical museum in Ningxia province with a collection of cultural relics about the Historical Relics of Ningxia.

Then transferred to Yinchuan airport or train station for your next destination.