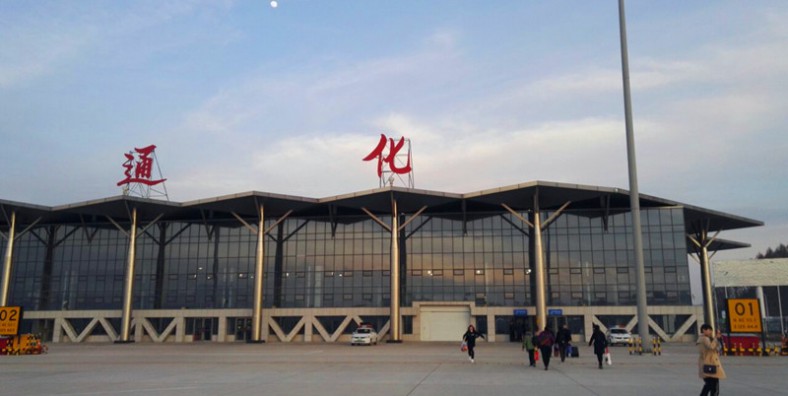 Tonghua Sanyuanpu Airport (Chinese: 通化三源浦机场) (IATA: TNH, ICAO: ZYTN), also known as Tonghua Liuhe Airport, is a dual-use military and civilian airport serving the city of Tonghua in Jilin Province, China. It is located in the town of Sanyuanpu in Liuhe County, 50 kilometers from the city center. Originally a military airport, construction to convert it for civilian use started in October 2009 with a total investment of 370 million yuan. The airport was opened on 18 June 2014, becoming the fifth civilian airport in Jilin.