The Poem Wall in Changde 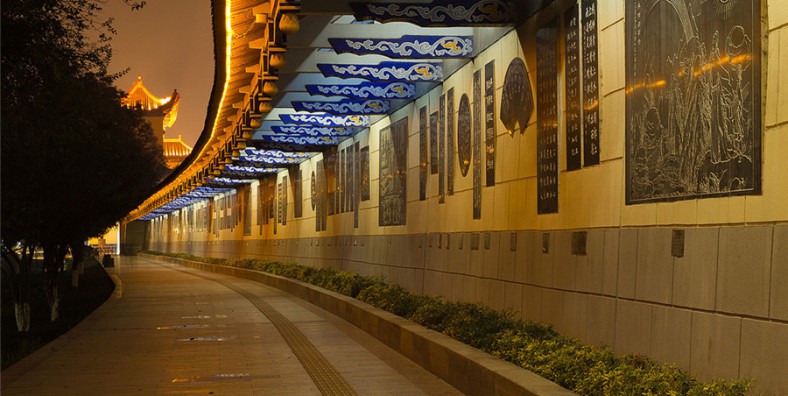 During which 43 exquisite Chinese and foreign stone murals are carved. The names of the major chapters are respectively given by Zhao Puchu, a famous contemporary Chinese calligrapher, etc.

Why is The Poem Wall So Special?

China’s Changde Poetry Wall was named “the world’s longest wall of poetry, calligraphy and painting carving art” by kiness Headquarters, and was praised as “a great creation” by former Premier Zhu Rongji. Wang Daohan, president of the Association for Cross-Strait Relations, praised Changde’s poetry wall not only as a great sight, but also as a unique feature of Changde. The Chinese Poetry Society awarded it the title of “National Advanced Unit of Poetry Education”. Wandering by the wall of poetry, Changde’s rich culture of Jingchu and Xianghu are coming.

Where is The Poem Wall

Changde Poetry Wall is located outside the Yuanshui Flood Control Wall in Wuling District of Changde City. On September 5, 2000, the Shanghai Guinness World Headquarters officially named it “the world’s longest poetry, calligraphy, painting and carving art wall”, making it go down in the annals of world cultural engineering.

Main Attraction of The Poem Wall

Changde city belongs to the zone where the humid monsoon climate in the middle subtropics transits to the humid monsoon climate in the north subtropics. The climate is warm, with four distinct seasons, short spring and autumn and long summer and winter. Heat is abundant, rainfall is abundant, spring temperature is changeable, summer is extremely hot, autumn rain is cold and autumn, and winter is extremely cold.