Temple of the Sun in Beijing 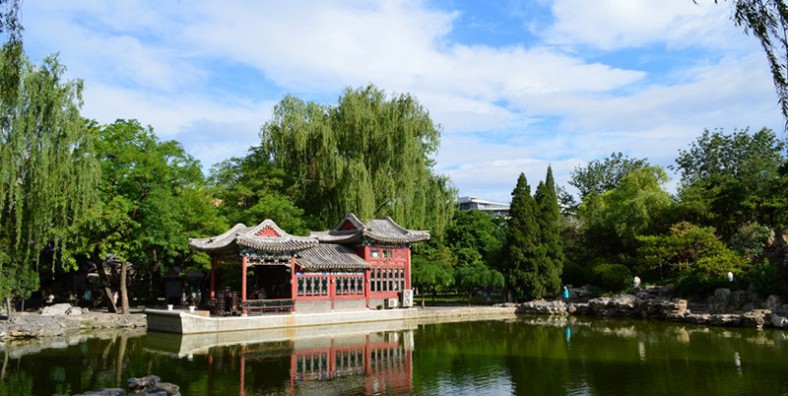 Chinese Name: 日坛公园
English Name:Temple of the Sun in Beijing
Type: Park, Royal sacrifice & Cultural relics protection unit
Best Time: All Year Around
Recommended Visiting Hours: 3-5 hour
Opening Hours: From October 1 to April 30 from 6: 00 to 21: 30 (entry stopped at 21: 00), from May 1 to September 30 from 6: 30 to 21: 00 (entry stopped at 20: 30)
Ticket:free
Location: Outside the Chaoyang gate, southeast of Beijing

Why is Temple of the Sun so special?

Temple of the Sun was the place where emperors of Ming and Qing dynasties sacrificed to the “sun”. Temple of the Sun has set up amusement parks for children and fishing areas for tourists. It attracted a large number of tourists.

History of Temple of the Sun

Construction began in May 1530. It was completed in February 1626. At the end of the Qing Dynasty. Since then, the ritual of offering sacrifices to the sun has gradually been abandoned, and the buildings inside the altar have gradually fallen into disrepair due to lack of management. After the founding of New China, the Beijing Municipal People’s Government decided to turn Temple of the Sun into a park. In October 1969, Temple of the Sun began to receive tourists. In 2006, Temple of the Sun was promoted to a national key cultural relic protection unit.

What to See in Temple of the Sun

Jufu Hall is located in the northwest corner of Temple of the Sun and is the place for the emperor to rest and change clothes. In order to show sincerity, the temporary sacrifice must pass through the path before reaching the temple.

Southwest scenic area combines the lake and mountain scenery of Jiangnan courtyard with the simple and elegant landscape of northern garden. A small antique garden pavilion is built on the lakeside, with an arch bridge in the north of Hunan and winding paths around the lakeside.

The activity area for the elderly covers an area of 5000 square meters, with 6 stone carvings with folk allusions standing on the west side, and planted with various trees and 300 famous peony trees.

Sacrifice to the earth originated from ancient times. According to written records, it has a history of more than 4,000 years in China. Later, feudal kings took advantage of these to further confuse the people and use them as ruling tools. Gradually formed a set of sacrificial system.