Temple of the Moon in Beijing 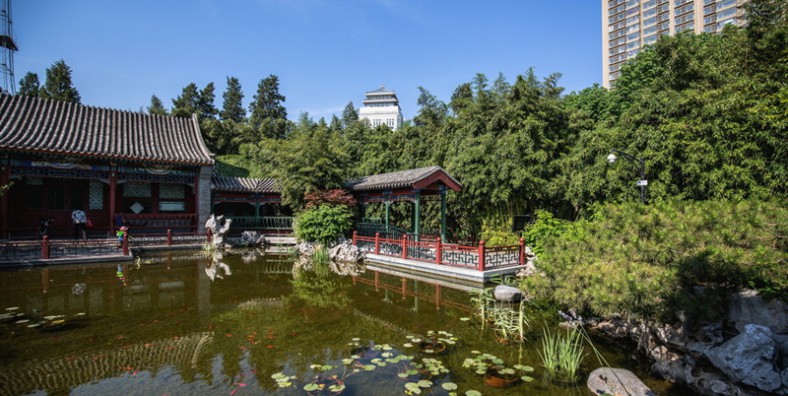 Why is Temple of the Moon so special?

Temple of the Moon is a place where emperors of Ming and Qing dynasties worship the moon god, and it is one of the famous five altars and eight temples in Beijing. A large number of pine and cypress trees as well as ornamental trees such as Borneo, Pomegranate and Osmanthus are planted in the garden. The theme of “moon” is tightly attached to the garden, highlighting the artistic conception of “moon”.

History of Temple of the Moon

Temple of the Moon was built in 1530. At the end of the Qing Dynasty, the sacrificial activities for the night gods were abandoned and the Temple of the Moon became a place for troops to stay. During Japan’s invasion of China, trees inside and outside the Temple of the Moon were basically cut off.
After the founding of the People’s Republic of China, the government stepped up its efforts to repair it and then slowly opened it to the public. In 2006, it was approved by the State Council to be included in the sixth batch of national key cultural relics protection units.

Main Attractions in Temple of the Moon

The bell tower has two floors, which can be climbed to the second floor through the internal ticket gate. The original bronze bell cast in Ming Dynasty on the second floor is 3 meters high and weighs more than 2 tons. It was later moved to Dazhong Temple for preservation.

South Park with the theme of “Moon”

The emperor went to the Jufu Palace of the Temple of the Moon to change clothes, and then came to the front of the Altar of the Moon. The great procession of sacrificial officials, rear guard ministers, musicians and dancers, civil and military officials recreated the grand ceremony held by the emperor to celebrate the moon. hoping that the moon god can benefit the people and pray for peace and harmony.

Xidan commercial street
The construction of Xidan Commercial Street insists on combining the renovation of dilapidated buildings along the street with the development of modern commercial services with multi-grade, multi-format and obvious characteristics.