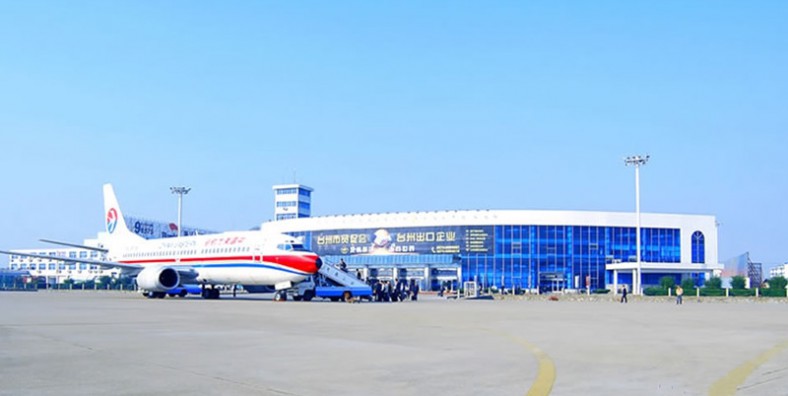 Taizhou Luqiao Airport (IATA: HYN, ICAO: ZSLQ), formerly Huangyan Luqiao Airport, is a dual-use military and civil airport serving the city of Taizhou in Zhejiang Province, China. It is located in Luqiao District, 20 kilometers from the city center.[4] In 2010 the airport handled 616,861 passengers and 5,483 tons of cargo.

Luqiao Airport was originally a military airfield belonging to the People’s Liberation Army Navy. Construction of the airfield began in January 1954, and it was opened in July 1955. In 1987 the airfield was converted to a dual-use military and civil airport and was named Huangyan Luqiao Airport.[5] In 1994 the county-level city of Huangyan was merged into the prefecture-level city of Taizhou and split into Huangyan and Luqiao districts, but the airport was only renamed Taizhou Luqiao Airport in December 2008, and its old name is still frequently used.[6]

To handle the growing traffic volume, a new dedicated civil airport is being planned to replace Luqiao Airport, with an estimated total investment of 800 million to 1 billion yuan. When built the new airport will have a handling capacity of 2.5 million passengers annually.[7]