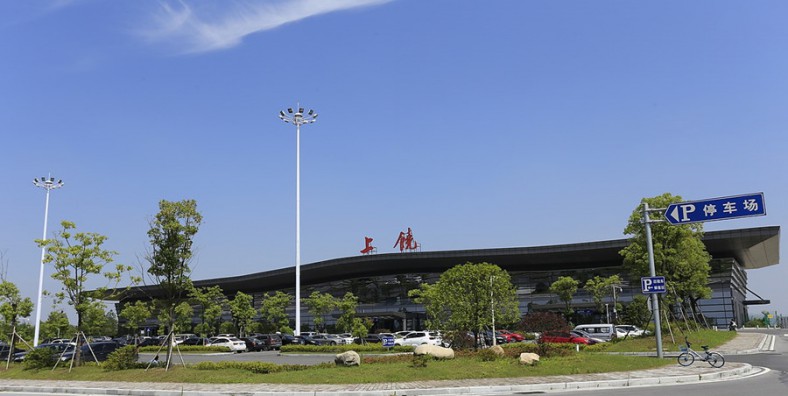 Shangrao Sanqingshan Airport (IATA: SQD, ICAO: ZSSR) is an airport serving the city of Shangrao in northeastern Jiangxi, China. The airport is 8 kilometres (5.0 mi) from the city center (16 km by road) and 47 kilometres (29 mi) from Mount SanqingNational Park, the World Heritage Site after which it is named. In addition to Shangrao, the airport also serves the nearby cities of Yingtan and Fuzhou, Jiangxi.[2]

The airport was approved by the State Council of China in October 2011,[1] and construction started on 8 July 2012.[2]Shangrao Sanqingshan Airport was budgeted to cost 666 million yuan to build (approximately US$105 million) and was partially funded with a $50 million loan from the World Bank. It was the first Chinese aviation project funded by the World Bank.[3]

The airport opened on 28 May 2017, with an inaugural Sichuan Airlines flight from Chengdu Shuangliu Airport.

The airport has a 2,400-meter runway and a 6,000 square-meter terminal building.