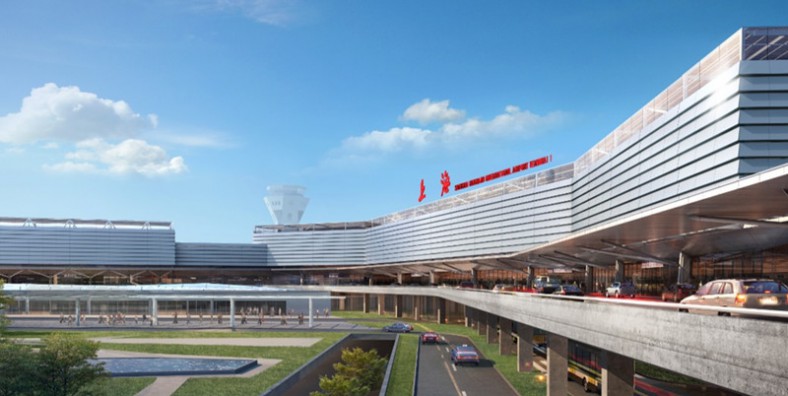 The construction of Hongqiao airport was started in 1921. In May 1923, the airport was opened for mixed civilian use. In 1937, Hongqiao was the site of the so-called ‘Oyama Incident’ in which a Japanese lieutenant was shot dead by Chinese Peace Preservation Corps soldiers in the lead-up to the Battle of Shanghai. During the Second Sino-Japanese War, the airport was occupied by the Japanese and used as an air force base. Its military use continued after being handed over to the Republic of China government and, later, the People’s Republic of China government. From late 1963, it was rebuilt for civilian use, and was re-opened in April 1964. A major expansion took place from March to September 1984, and another from December 1988 to December 1991.

Since 1 January 2013, holders of valid passports issued by 45 countries have not needed a visa if transiting through Hongqiao Airport.

In preparation for the Shanghai Expo, on 16 March 2010 Hongqiao Airport completed a five-year 15.3-billion-yuan expansion project, which included a 3,300-meter second runway and the new Terminal 2, boosting Hongqiao’s capacity to 40 million passengers a year.[4] Terminal 2 is four times the size of Terminal 1 and houses 90 percent of all airlines at the airport (Terminal 1 is now used only for international flights and Spring Airlines). With the new runway, Shanghai became the first city in China to have five (now seven) runways for civilian use (Pudong and Hongqiao combined).

Starting from the end of 2014, Hongqiao Airport Terminal 1 underwent its biggest renovation since 1921. The entire project was scheduled for completion in 2017.[5] On March 26, 2017, Building A of Terminal 1 was fully renovated and reopened to public.[6] The old Building B was closed for reconstruction, and it was expected to be revamped and open to public in mid-2018.[6]

The airport and the railway station are served by three stations of the metro network:[15]

The proposed extension of the Shanghai Maglev Train from Longyang Road through Shanghai South Railway Station to Hongqiao would connect the two airports. At top speed, the maglev would take only 15 minutes to travel the 55 km route. Original plans called for completing the extension by 2010, in time for the Expo 2010; however, the Hongqiao extension has been indefinitely postponed due to protests.