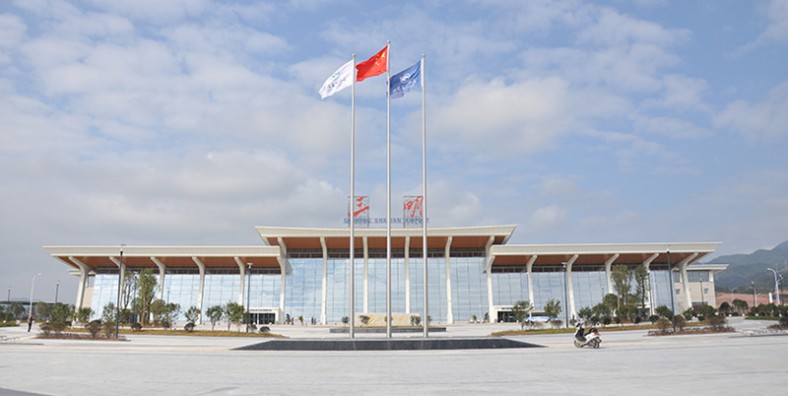 Sanming Shaxian Airport (IATA: SQJ, ICAO: ZSSM) is an airport serving the city of Sanming in Fujian Province, China. It is located in Fenggang Subdistrict of Sha County (Shaxian). After several false starts, the airport was opened in March 2016.

Construction of Sanming Airport was first approved by the national government in 1993 and began in 1995, but stopped in 1998 in the wake of the 1997 Asian financial crisis after 160 million yuan was already spent. Construction resumed in 2005 with private investment, and the airport was declared the first privately owned airport in China, but soon stopped again for undisclosed reasons. In 2009 construction started for the third time, back with government funding worth 1.447 billion yuan.[1] The airport was opened on 7 March 2016.