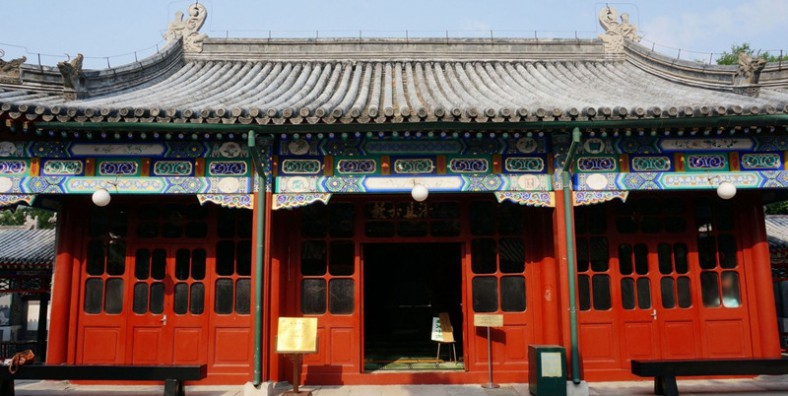 Why is Niujie Mosque so special?

Niujie Temple is the oldest and largest Muslim temple in Beijing. It is also one of the world’s famous mosques. Now it is a national key cultural relic protection unit.

Niujie Temple, founded in 996 by Arab scholar Nasrudin, has been renovated and expanded through the ages to form such a magnificent group of ancient buildings today.After the founding of the People’s Republic of China, the government carried out many repairs to the temple in 1955, 1979 and 1996. After that, we can make a  visit to this place.

Entering the mosque, one can see a wall more than 30 meters long with exquisite designs. A Muslim friend told me that Islam often uses plant patterns, geometric patterns and Arabic characters in mosque decoration, but animal and character patterns are forbidden.

The main entrance is below the Wangyue tower. The door is normally closed and only opens during Eid al-Fitr and Eid al-Adha. From the entrance to the mosque, to the first courtyard. Upon entering the temple, a 10-meter-high Wangyue tower stands in front of us. every year when Ramadan is entered in September, the imam township’s old tower looks for the new moon to set the beginning and end of Ramadan, hence the full moon tower.

The west of the courtyard is the temple of worship, facing mecca, which is the most important part of the mosque. The main hall can accommodate a thousand people to worship. The inside of the temple is golden, dazzling, more solemn and magnificent, giving people a sense of holiness and solemnity.

Nearby Mosques in Beijing