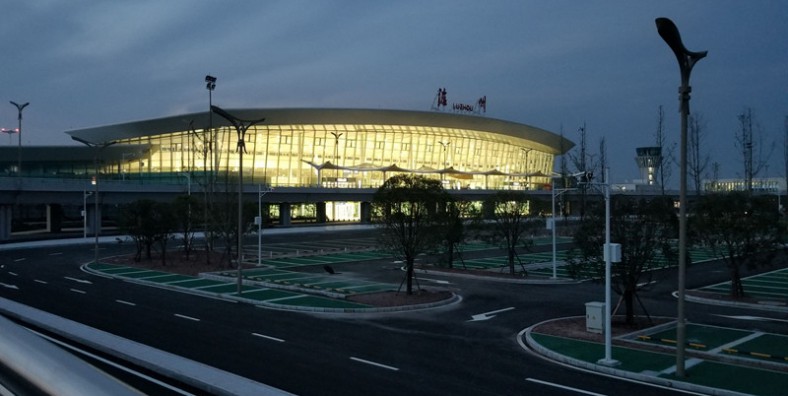 Luzhou Yunlong Airport (IATA: LZO, ICAO: ZULZ) is a dual-use military and civilian airport in the city of Luzhou in China’s Sichuan province. Preparatory work for the airport began in October 2013 with a total investment of 2.77 billion yuan,while construction officially started on 5 November 2016. The airport was opened on 10 September 2018 with the inaugural Colorful Guizhou Airlines flight from Guiyang, and all flights were transferred from the old Luzhou Lantian Airport.

The airport is located 17 kilometres (11 mi) north of the city centre of Luzhou, at the boundary of the towns of Yunlong in Lu County, and Shidong and Shuangjia in Longmatan District.

Luzhou Yunlong is a class 4D airport, with the ability to handle Airbus A320 and Boeing 737 aircraft. It has a 10,000-square-meter (110,000 sq ft) terminal building, and ten aircraft parking spots.[1] It is projected to handle 2 million passengers annually by 2020.

One thought on “Luzhou Yunlong Airport”